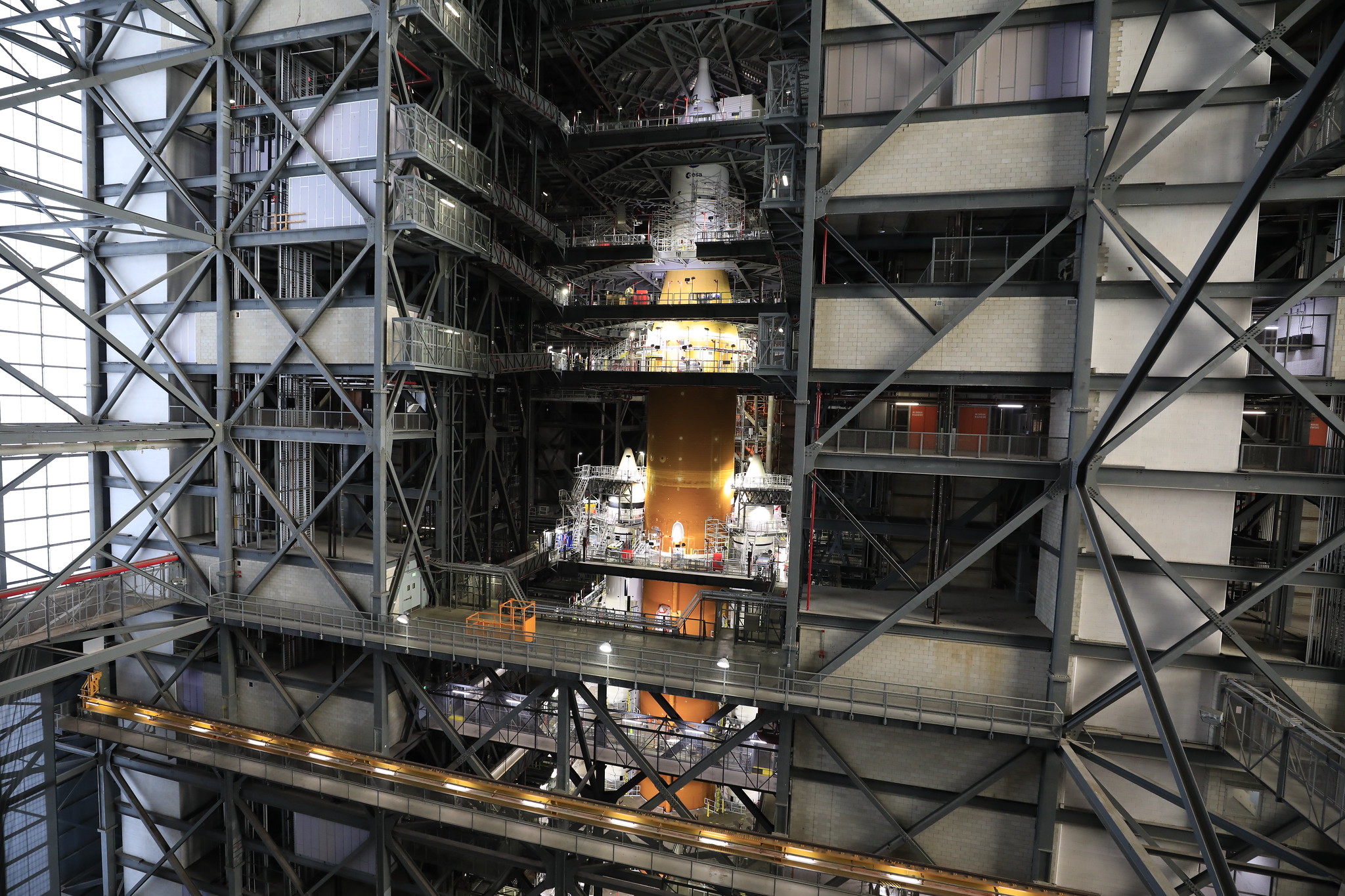 Rocket woes have again delayed NASA’s return to the moon.

The agency is now targeting a launch in March or April 2022 for its Artemis 1 flight, an uncrewed mission around the moon and the first flight of its massive Space Launch System (SLS) rocket. NASA was previously targeting Feb. 12, 2022, for the flight, which is the first in the Artemis program that aims to return astronauts to the lunar surface later this decade. But hiccups in the mission’s integrated testing program have forced another schedule delay.

“After performing a series of inspections and troubleshooting, engineers determined the best course of action is to replace the engine controller, returning the rocket to full functionality and redundancy while continuing to investigate and identify a root cause,” NASA officials wrote in a statement published Friday (Dec. 17). “NASA is developing a plan and updated schedule to replace the engine controller while continuing integrated testing and reviewing launch opportunities in March and April.”

The SLS rocket includes a core booster equipped with four RS-25 engines, each with an independent flight controller that NASA describes as the “brain” of the engine. Each of these flight controllers can operate on two channels to offer the system redundancy. Earlier this year, the Artemis 1 rocket successfully tested its full launch procedure while anchored in place, but now one of the channels of one of the controllers is acting glitchy, hence NASA’s decision to replace the system.

The full Artemis 1 system, including both the SLS rocket and the Orion spacecraft, is at NASA’s Kennedy Space Center in Florida undergoing final tests before launch. Among the completed tests are procedures that check how ground systems communicate with each part of the mission hardware.

Several tests remain before NASA can commit to a launch date. Those outstanding items include simulating the countdown procedure, filling the rocket’s tanks with fuel and installing the systems that will abort a flight if something goes wrong.

The culmination of Artemis 1 testing before launch will be what rocket engineers call a wet dress rehearsal, during which crews execute each step of launch preparations, including filling the rocket with propellant. NASA is waiting for that test to be successful before it will officially commit to a launch date.