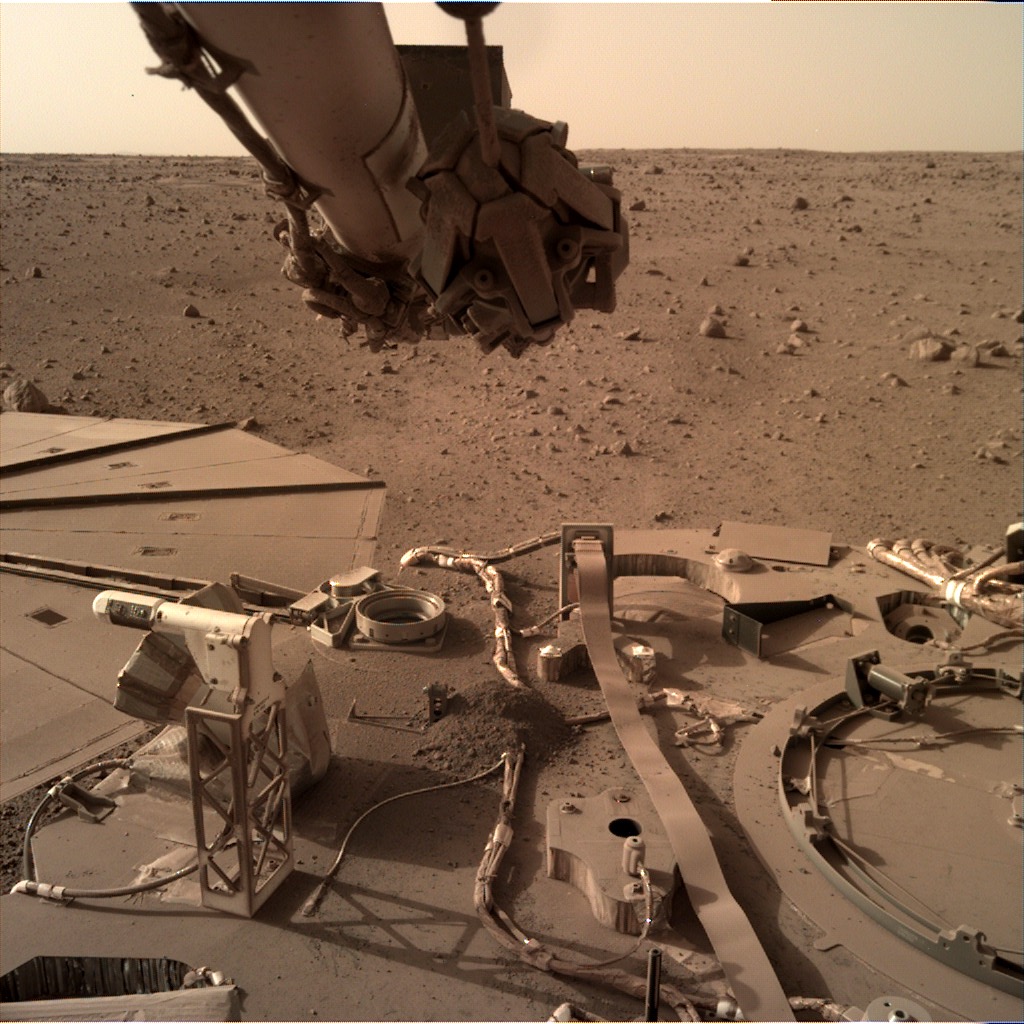 NASA’s InSight Mars lander has shaken off the effects of a recent dust storm, likely allowing the spacecraft to collect science data for a few more months.

InSight went into a protective safe mode on Jan. 7, temporarily shutting down its instruments after a huge dust storm prevented the solar-powered lander from soaking up enough sunlight. The spacecraft emerged from safe mode on Jan. 19, and things are now getting back to normal.

“Several weeks after the end of a dust storm on Mars, the solar panels of NASA’s InSight lander are producing almost as much power as they did before the storm,” NASA officials wrote in an update on Tuesday (Feb. 15).

This is probably just a temporary reprieve, however, for InSight is losing its battle with dust over the long haul. Indeed, the newly regained power level should let the lander continue science work just “into the summer,” the update states.

InSight (“Interior Exploration using Seismic Investigations, Geodesy and Heat Transport”) touched down near the Martian equator in November 2018, on a mission to help scientists understand the planet’s interior structure and composition like never before. The lander has been doing this primarily by detecting and characterizing marsquakes.

Mission team members are also using InSight’s communications gear to precisely track the wobble of Mars’ axis of rotation, which yields information about the planet’s core. InSight carries a burrowing heat probe as well, but the little digger failed to get deep enough on Mars to return the desired heat-flow data.

InSight’s primary mission lasted one Mars year, which is about 687 Earth days. The lander is currently operating during an extended mission, which is funded through the end of the year. InSight team members will try to get the lander through that finish line, though success is far from guaranteed.

“Having completed all primary mission science objectives, the goal now is to enable the spacecraft to operate through the end of its extended mission in December,” Tuesday’s update states. “A passing whirlwind that removes dust or a new dust storm that increases the dust accumulation could alter the timeline.”