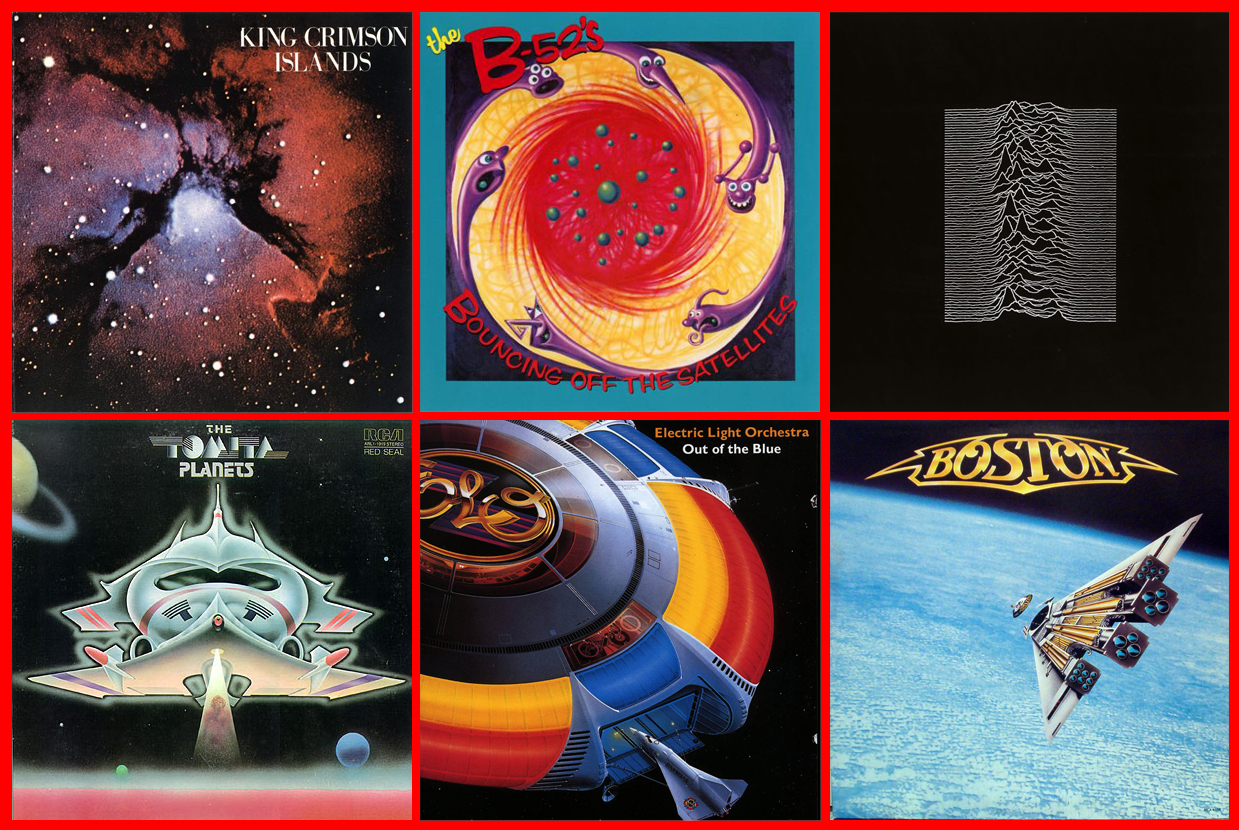 When you’re out exploring the universe, what kind of music should you listen to?

The answer is very personal to the spaceflyer, the culture and perhaps even the decade when they flew — but what is true to say of all eras is there is a heck of a lot of great space music out there. Some even were played in space, like this list of NASA wakeup songs for astronauts, or this playlist from the Voyager mission Golden Record that eventually left our solar system.

It’s hard to pick favorites and even more difficult to build a list of suggestions, but we’ve done our best. In 2011, the Space.com staff came up with a few favorites and now we have updated that top pick list for the 2020s. Below, we also added a huge table with space music over the decades, based on our research.

A couple of cautions here. Our staff is North American and European and as such, we stuck with English-language songs or instrumental songs so as not to make any cultural mistakes. But we’d love to hear your suggestions for international music in the forum.

We also tried to stick with songs that are family-friendly, but we advise that parents should prescreen this list of music before showing these selections to their kids.

In 2013, then-International Space Station commander Chris Hadfield released this famous space tune from his home in orbit. He received permission from original composer David Bowie to perform the work and created an epic video, thanks to the help of fellow crewmates. (Note that Hadfield recorded the whole thing during his limited spare time in space, while running the most scientifically productive crew on the station of the era.)

This evocative song could be interpreted as a woman who has just returned from an epic spaceflight, or who has undertaken a spiritual journey that fundamentally changed her viewpoint on the world. The poetry in this music is very soulful and representative of the “boy bands” singing of their loves in the early 2000s: “Now that she’s back in the atmosphere / With drops of Jupiter in her hair / She acts like summer and walks like rain / Reminds me that there’s a time to change.”

There are so many space songs from Moby over the years that, like Bowie, it’s hard to pick a single favorite. But this one sticks out thanks to its focus on unifying humanity through realizing we all ultimately come from the same origin story: “People, they come together / People, they fall apart / And no one can stop us now/ ‘Cause we are all made of stars.”

This song comes from one of the most clever space movies of recent history. “Don’t Look Up” parodies the climate change crisis by showing two astronomers tracking a deadly comet (the scientists are played by Leonardo DiCaprio and Jennifer Lawrence) trying desperately to warn the public and politicians of the impending danger in the age of memes, tweets and TikTok. Ariana Grande, who plays a musician in the film, helps deliver this powerful piece at a stadium rally, late in the film.

The yellow-suited Akron, Ohio, spudboys came up with this catchy number back in the ’70s. The ever-growing problem of space junk is even more alarming today than back then, as constellations of satellites fly into space on the regular. We’ve already seen some bad collisions and there are worries the pace of crashes could accelerate.

The beloved Muppet character (voiced by Jim Henson) sings plaintively of the many sacrifices he would have to make should he reside on the moon, then decides such a life would be too burdensome to bear. What’s sadder is that we are no closer to having a moon habitat for Ernie today than when the song premiered decades ago.

From the eponymous debut album by the theatrical S.F. rockers who created “White Punks on Dope” comes this epic mid-70s song of interstellar questing. “I dig my atmosphere machine” is an appropriate lyric, though “burning green like a rhomboid sun” suggests a heretofore undiscovered stellar form — or possibly just too much of those Fog City drugs.

The German synth-gods who usually sing about the autobahn and robots took a side trip to space in this electronic ode to a space station on their “Man-Machine” album, likely inspired by then-current Skylab.

The narrator of the well-known tune not only wants to be flown to the moon, but wishes to “play among the stars” and “see what spring is like on Jupiter and Mars.”  After that first verse, though, the space conceit is dropped in favor of love song boilerplate.

This hilarious song scarcely needs description — it’s an astronomy lesson set to music! (An analysis of the lyrics determines that the facts stated in the lyrics are largely correct: http://ephemeris.sjaa.net/0312/b.html)

The epic scope and majesty of this song cannot be unheard, in that glorious 1980s mega-pop vibe.

We also adore the cynicism of people who are leaving our planet for what might be the last time: “We’re leavin’ together / But still it’s farewell / And maybe we’ll come back / To Earth, who can tell?”

Speaking of cynical space tunes, we love this one for its spaceflyer’s worries about being in space separated from someone they love. “Starlight / I will be chasing a starlight / Until the end of my life / I don’t know if it’s worth it anymore.”

We know, this song is played a lot on soundtracks, but it can be interpreted concerning everything from Earth astronauts to some sort of aliens.

“There’s a starman waiting in the sky /  He’d like to come and meet us /  But he thinks he’d blow our minds.”

The author of many politically charged songs reflects on his childhood memories of watching the Apollo space missions, but bitterly concludes that “Now that the space race is over / It’s been and it’s gone, and I’ll never get to the moon.”

Delicate-voiced indie/folk darling Joanna Newsom wrote the song “Emily” about her sister, an astronomer. The distinctions between meteors, meteorites and meteoroids are discussed within.

Space.com staffers came up with a huge list of other songs they enjoy, which we’ve put in order of preference.

Below is a huge starting list of space music that we have organized by era. This is not meant to be the complete list of space-y tunes, as there are likely millions out there, but based on our research we have found quite a few songs to get you started. For simplicity, we have ordered these songs by approximate year of release.

Included is a representative list of instrumental movie, TV and game soundtracks from the past few decades that are popular among space fans.