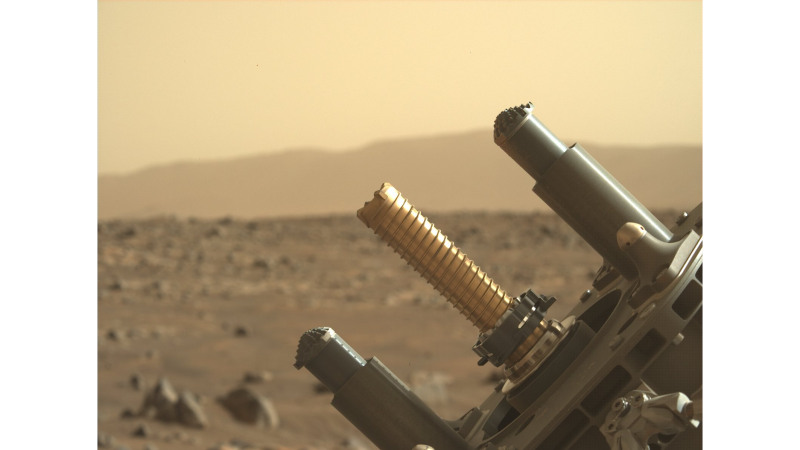 NASA’s top-notch Red Planet geology rover is moving on to explore an ancient river delta now that its eighth rock sample is secured for future analysis.

“Stashing my latest rock core sample (#8!) and finishing up at this location. I’m packing up and making my way to the dry river delta. Off we go,” the rover’s Twitter account stated Monday (March 14).

The Perseverance rover is on a long-term quest to better understand the potential for Mars life. While other Mars missions are searching for signs of water, the rover is going a step further by caching the most promising rocks for a sample-return mission that NASA and its European counterpart intend to launch later this decade.

Perseverance landed in February 2021 in the 28-mile-wide (45 kilometers) Jezero Crater. Mission scientists believe that billions of years ago, the crater held a lake and a river delta, making it a rich hunting ground to sample for potential signs of ancient life.

Perseverance spent most of its first (Earth) year on Mars exploring a region somewhat south and west of its landing site. Now the rover is en route back to the touchdown area to pick up the search at the ancient delta.

Stashing my latest rock core sample (#8!) and finishing up at this location. I’m packing up and making my way to the dry river delta. Off we go! #SamplingMars pic.twitter.com/hgdT7jcRByMarch 14, 2022

“There we will have the opportunity to investigate sedimentary rock layers, clay minerals, and rounded boulders washed down from far beyond Jezero. These features are vestiges of Jezero’s watery past and clear indicators of an ancient habitable environment,” Brad Garczynski, a student collaborator at Purdue University, wrote on the official Perseverance blog March 4.

“If microbial life did exist here in the past,” Garczynski continued, “this is one of the best places to look for it, as finely layered muds may have buried and preserved a record of that microbial activity.”

Perseverance has been scouting ahead using its Mastcam-Z and SuperCam instruments to pick up signs of the structure and minerals of the delta. Team members will use this data, along with orbital passes over the delta, to scout the pathway for Perseverance in the coming weeks and months.

Another helper has been Ingenuity, the 4-pound (1.8 kilograms) helicopter that landed with Perseverance in 2021. Ingenuity now has 21 flights under its belt at Mars, exceeding its original flight plan by fourfold. With Ingenuity’s ability to fly well proven, the little chopper is now serving as a scout for Perseverance’s activities.

The sample return mission, assuming things stay on track, may ferry Perseverance’s carefully collected samples to Earth as early as 2031.