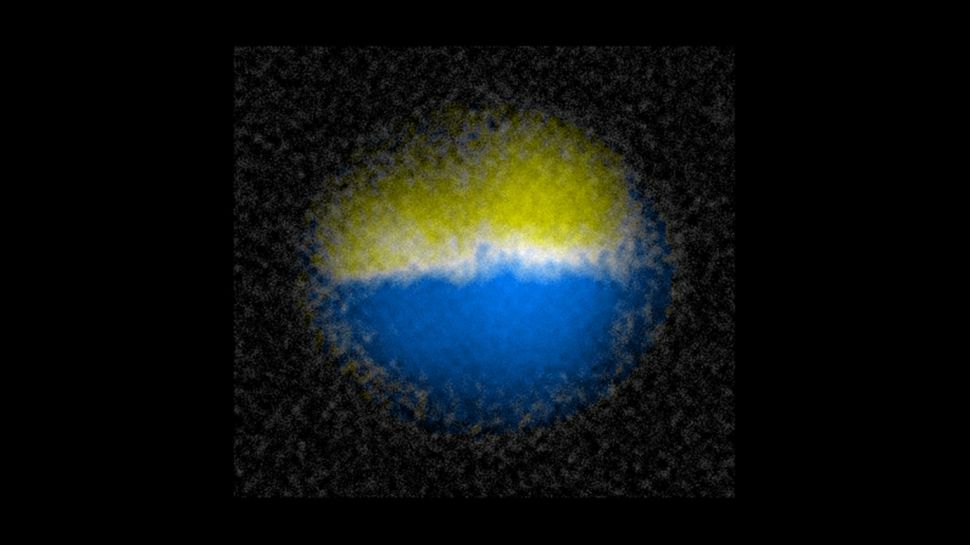 Scientists can now reliably create a strange quantum object called a domain wall. The discovery could lead to new quantum technology and to a better understanding of quantum particles in general.

Domain walls form when groups of atoms at very low temperatures segregate into different clumps, or “domains.” Between those domains forms a “wall” that behaves so differently from the atoms themselves that scientists consider it an independent quantum object.

Scientists have witnessed domain walls before, but this is the first time that a team has developed a reliable way to create and study them. The researchers simulated a Bose-Einstein condensate, a state of matter where the constituent particles are cooled to the point that they condense into a single quantum object. By tweaking certain conditions, the team was able to make atoms in the condensate separate into high- and low-density domains with a domain wall in between them. That wall acted like a completely separate object. For example, pushing the atoms in one direction led the wall to move in the opposite direction.

Related: What is quantum entanglement?

“It’s kind of like a sand dune in the desert — it’s made up of sand, but the dune acts like an object that behaves differently from individual grains of sand,” first author and doctoral student Kai-Xuan Yao said in a statement.

That puts domain walls in the category of “emergent phenomena,” or ones in which the particles in an object behave differently together than they do on their own. Studying emergent phenomena can help shed light on other events that involve many particles acting in unison — for example, in the early universe, when particles first clumped together to form stars and galaxies.

The ability to generate quantum objects like these could also aid in the development of new technology.

“It can be used to create a more robust way to store quantum information or enable new functions in materials,” co-author Cheng Chin said in the statement. “But before we can find that out, the first step is to understand how to control them.”