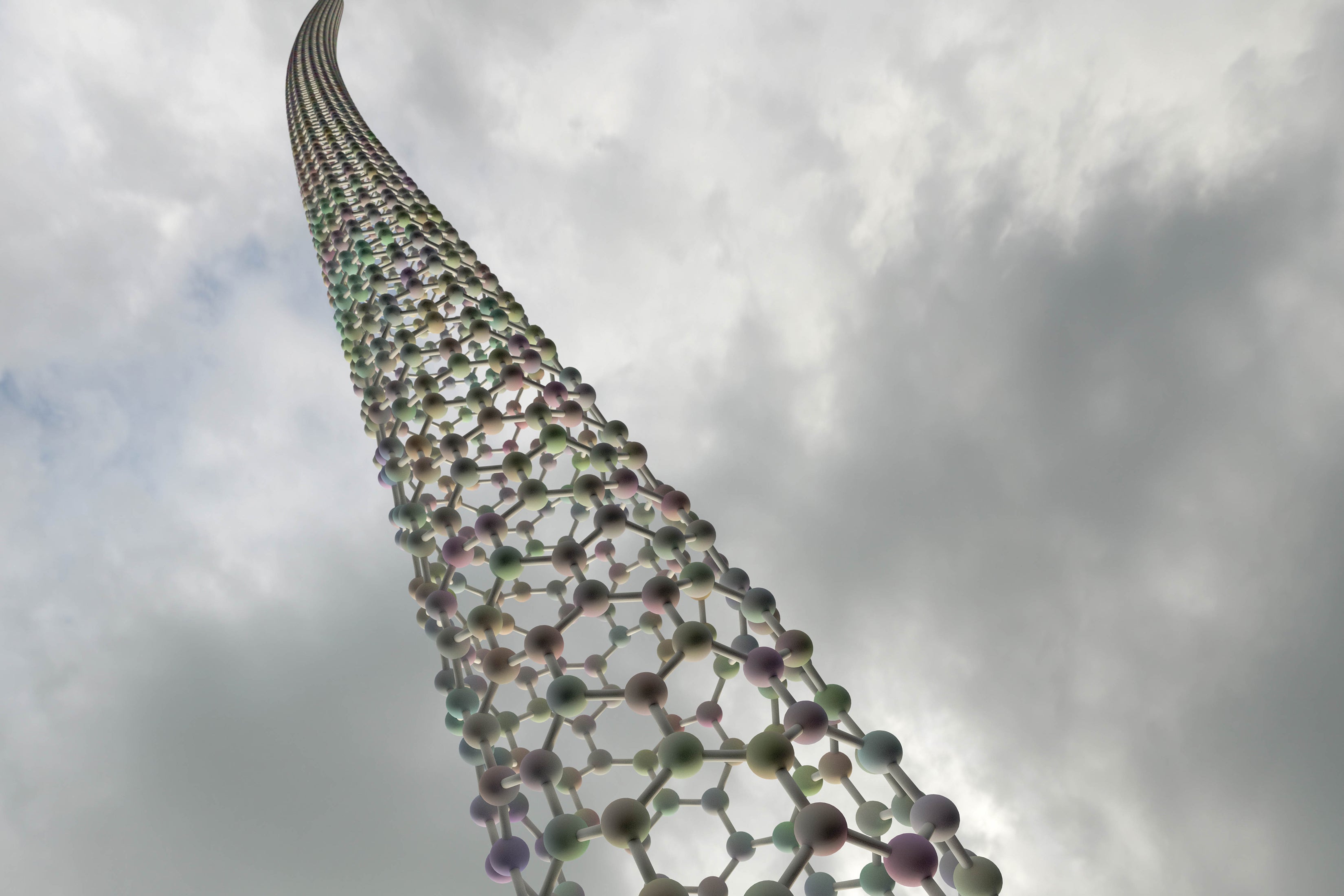 Whenever you get around to doing dishes, how easily water slides down a dirty plate depends on how uneven and crusty the plate’s surface is. At the nanoscale, however, where surface features can be hundreds of thousands of times smaller than the average width of a human hair, water can experience friction even on surfaces that seem perfectly smooth. Consider, for instance, the puzzling case of carbon nanotubes: Experiments have shown that, against common sense, the narrower these minuscule pipes are, the less friction water “feels” within them, and the faster the resulting flow. This is the exact opposite of how plumbing works in our familiar macroscale world.

Now, after decades of confusion, physicists from the Flatiron Institute in New York and the French National Center for Scientific Research (CNRS) in Paris have explained this odd observation as a product of quantum mechanics. Their work, published in Nature in February, reveals that it is not so much the surface of nanotube walls that matters as much as what the electrons inside of it are up to. This insight may lead to improvements in nanotube-augmented applications such as water purification.

“20 years ago there was an experiment with water flowing across a membrane made of carbon nanotubes that was quite disturbing. It showed extremely fast water flows,” says Lydéric Bocquet, physicist at CNRS and the new study’s co-author. “We started an experimental program to measure the flow of water inside a single nanotube and ended up with the same result. But we could not explain it.” In Bocquet’s telling, after all commonly used theoretical methods failed, he turned to Nikita Kavokine, a collaborator and the study’s first author who is now a postdoctoral fellow at the Flatiron Institute, hoping that Kavokine would be able to employ the oftentimes odd rules of quantum mechanics to explain the bizarre experiment. “We had some idea that there was a missing ingredient and that we would maybe need to include some quantum effects, but we had no idea how far we would have to go,” Kavokine recalls.

Ultimately, to find the long-sought answer they had to zoom in beyond the nanoscale. Instead of just considering how a water molecule rubs against a carbon atom, the team developed equations that describe the subatomic interactions of electrons within water molecules and carbon atoms alike. In this view, a carbon nanotube wall transforms from a smooth, static surface into a dynamic pool of electrons that can buckle and ripple when disturbed. This different perspective allowed the researchers to identify electrons as the main culprit behind friction between the carbon nanotube and water. Water molecules have slightly different charges on each of their ends, so when they flow along nanotube walls, the electrons within those walls respond to the molecules’ slight electric nudge by all moving in synchrony. Thus, friction still occurs even within a perfectly smooth nanotube as electrons dance in unison to a tune set by water molecules. In narrow carbon nanotubes, there are simply fewer carbon atoms and therefore fewer electrons to make water drag. In wider nanotubes, where more electrons can join the communal choreography, the effect is enhanced, and water flows less easily.

This electronic, quantum friction has been previously studied for metal surfaces, but calculating it in detail has always been challenging, says Wenjie Dou, a physicist at Westlake University in China who was uninvolved in the study. “Calculating the exact [form] of electronic friction will always be very intense,” he says, adding that many of physicists’ favorite mathematical tricks and approximations fail in this case. Marie-Laure Bocquet, a CNRS chemist and a study co-author, notes that computational attacks on this problem do not help much either. “State of the art simulation tools were not enough to explain experiments,” she says. “That’s the exciting thing about this: we had to go beyond the state of the art.”

Part of the difficulty lies in how many different quantum interactions must be tracked to model the emergent effect; even the most powerful computer and the most cleverly programmed software cannot simulate how every water molecule interacts with every other water molecule, how every electron interacts with every other electron, and how all the water molecules collectively interact with the whole community of all the electrons, all at once, explains Christoph Schran, a chemist at University of Cambridge who was also not involved in the study. To deal with these complexities, the study team had to use sophisticated mathematical methods that are not typical for studies of fluids.

Although this is an advance in theoretical physics, the study does have obvious real-world implications. For example, understanding flows through carbon nanotubes could improve water desalination processes, says Jeffrey Sokoloff, a physicist at Northeastern University who was not part of the study. “There’s a lot of friction experienced by the water as it goes through the filters. So knowing that you have these [carbon] nanotubes that are very low friction, that could be a very good way of doing desalination,” he explains. He is also eager to see more experiments exploring the fundamentals of quantum friction as detailed in this theoretical study. “One has to do more experiments, and maybe this paper will stimulate people to do them,” he says.

Schran agrees. “This new mechanism of friction is definitely very interesting and exciting,” he says. “But what is missing in my opinion, is a clear benchmark measurement.” Quantifying, for instance, how friction changes based on water’s interaction with single versus multiple layers of carbon atoms could go a long way to fully verifying the new theory, which predicts that greater numbers of electrons in the multilayered carbon will boost friction.

The study team is already progressing along this path and dreaming of what lies beyond. They are hoping to eventually test their theory with flowing liquids other than water, and nanotubes composed of elements besides carbon. In such cases, molecules in the liquid and the electrons within nanotube walls would follow different patterns of interaction, possibly leading to changes in the degree of quantum friction. Lydéric Bocquet says that it may even be possible to control the amount of friction a flowing liquid experiences by constructing nanotubes with electron behavior explicitly in mind.

The new study sets the stage for years of complex exploration by experimental and theoretical physicists alike and, according to Kavokine, also signals a fundamental shift in how physicists should think about friction. “Physicists have long thought that it is different at the nanoscale, but this difference was not so obvious to find and describe,” he says. “They were dreaming about some quantum behavior arising at these scales—and now we have shown how it does.”