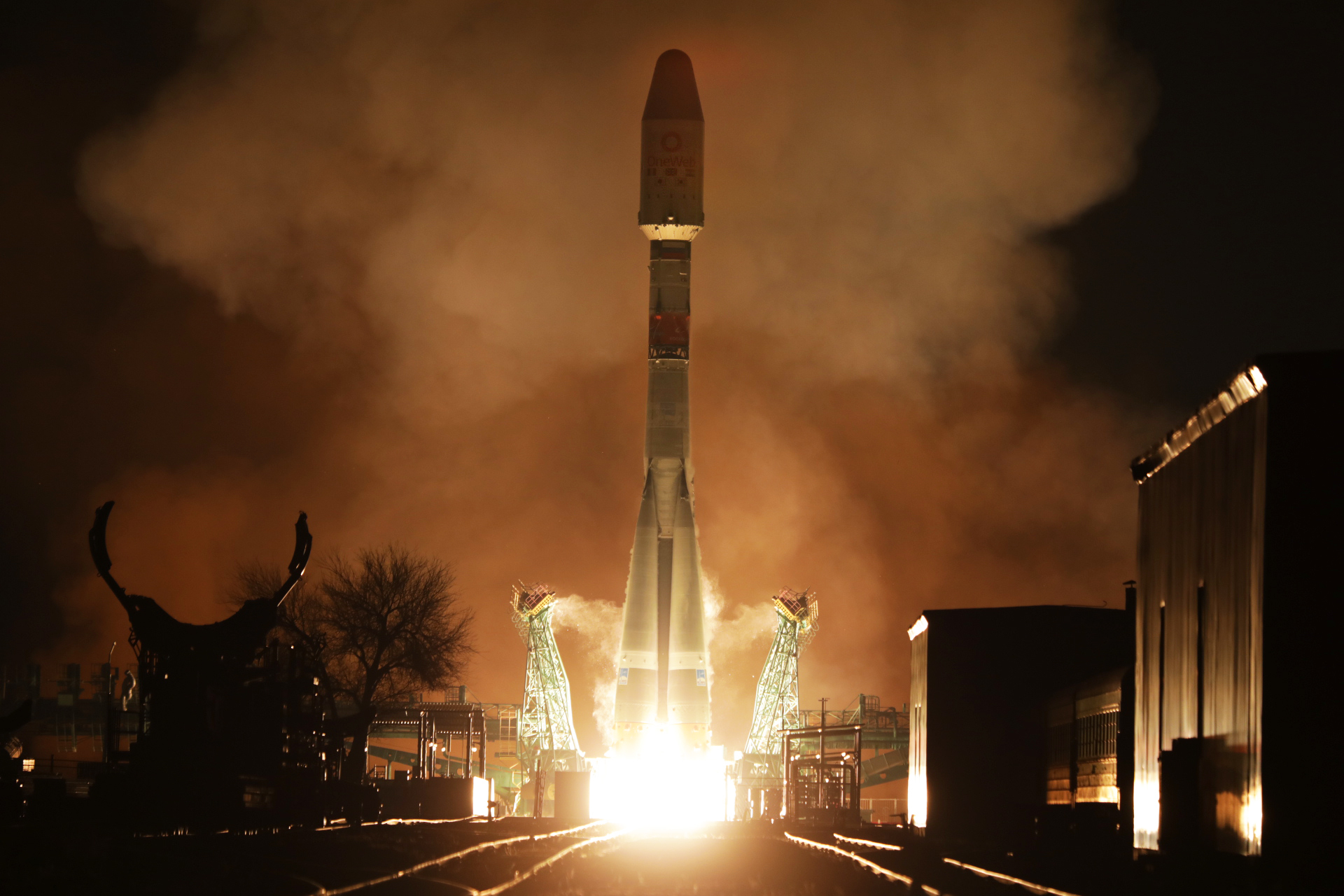 The decades-old space partnership between Russia and the West may be going up in smoke, another victim of the invasion of Ukraine.

The decision came after Russia’s federal space agency, Roscosmos, announced it would not launch 36 OneWeb internet satellites as planned on Friday (March 4) unless OneWeb guaranteed that the craft would not be used for military purposes and the United Kingdom government agreed to divest itself from OneWeb, which it helped buy out of bankruptcy in 2020.

Roscosmos has also halted launches of Russian-built Soyuz rockets from Europe’s Spaceport in Kourou, French Guiana. And Roscosmos chief Dimitry Rogozin announced Friday that his agency will no longer sell rocket engines to United States companies, saying, “Let them fly on something else, their broomsticks.” (The ban likely won’t have a far-reaching impact, perhaps substantially affecting only Northrop Grumman, which uses Russian-made RD-181 engines in its Antares rocket. RD-180s power the first stage of United Launch Alliance’s workhorse Atlas V launcher, but the company says it has enough of the engines on hand to fly out all remaining Atlas V missions.)

Rogozin has also called into question Russia’s participation in the International Space Station program, which has long been held up as a symbol of cooperation through trying times here on Earth.

Shortly after Russia invaded Ukraine on Feb. 24, U.S. President Joe Biden announced the imposition of new economic sanctions that would degrade the Russian space program, among other sectors. Rogozin warned that the sanctions would have dire consequences for the orbiting lab. “Do you want to destroy our cooperation on the ISS?” the Roscosmos chief tweeted on Feb. 24.

And on Wednesday (March 2), Rogozin tweeted out a link to an interview he did with state-run broadcaster Russia Today. In the interview, Rogozin reminded viewers that Russia is responsible for space station navigation, as well as fuel deliveries to the orbiting lab.

“Therefore, we will closely monitor the actions of our American partners and, if they continue to be hostile, we will return to the question of the existence of the International Space Station,” Rogozin said via a translator. “I would not like such a scenario, because I expect that the Americans will cool down.”

Roscosmos further announced recently that it will cease cooperation on joint German-Russian science experiments aboard the space station, instead performing the investigations independently — another response to sanctions levied after the invasion of Ukraine. Germany’s space agency DLR, meanwhile, shut down its eRosita black hole telescope on Russia’s Spectrum-Roentgen-Gamma satellite and stopped space cooperation.

The International Space Station is currently approved to operate through the end of 2024. The White House has directed NASA to prepare to continue ISS operations through 2030, though such an extension would require buy-in from all the program partners, including Russia.

Rogozin is a prolific Twitter user, and he has broadcast many blustery messages via the app in the week since the invasion of Ukraine. His NASA counterpart, former U.S. Senator Bill Nelson, has struck a much different tone, emphasizing the possibility of continued cooperation on the ISS, which has hosted rotating astronaut crews continuously since November 2000.

“Despite the challenges here on Earth — and they are substantial — NASA is committed to the seven astronauts and cosmonauts onboard the International Space Station,” Nelson said Tuesday (March 1) during a meeting of the NASA Advisory Council, SpaceNews reported. “NASA continues the working relationship with all our international partners to ensure their safety and the ongoing safe operations of the ISS.”

That working relationship is under more strain now than at any other point in the long history of the International Space Station, however, and it’s unclear how well it can hold up.