Stem cells have the superpower of turning into any other kind of cell – a superpower that some animals use to regrow limbs; for medicine, they yield the potential to help us repair parts of the human body that have been damaged by injury or disease.

Carrying out those repairs requires the ability to manipulate stem cells on demand, and a new study outlines an innovative way of doing just that: by using high-frequency sound waves to turn stem cells into bone cells in as little as five days, with 10 minutes of stimulating treatment per day.

Further down the line, the researchers hope this technique – which has several advantages over the processes that are in use today – could be used to regrow bone that has been lost to cancer or other types of degenerative disease.

The experimental setup, with the microchip on the left and the stem cells on the right, with green representing sound waves. (Ambattu et al., Small, 2022)

“The sound waves cut the treatment time usually required to get stem cells to begin to turn into bone cells by several days,” says Amy Gelmi, a Vice-Chancellor’s Research Fellow at the Royal Melbourne Institute of Technology (RMIT) in Australia.

“This method also doesn’t require any special ‘bone-inducing’ drugs and it’s very easy to apply to the stem cells.”

The approach builds on years of work into modifying materials with sound waves above frequencies of 10 MHz, which are much higher frequencies than researchers have previously used in these kinds of experiments. Here, a microchip was used to transform stem cells put in silicon oil and placed on a culture plate.

Other experimental processes in this field have had some success, but they’re also complicated to set up, expensive to manage, and difficult to scale up. They also require stem cells extracted from a patient’s bone marrow, which is a painful procedure.

This new approach is an improvement in all of those areas. The researchers have shown that it works with multiple types of stem cells, including fat-derived stem cells that aren’t as painful to pull out of the body. 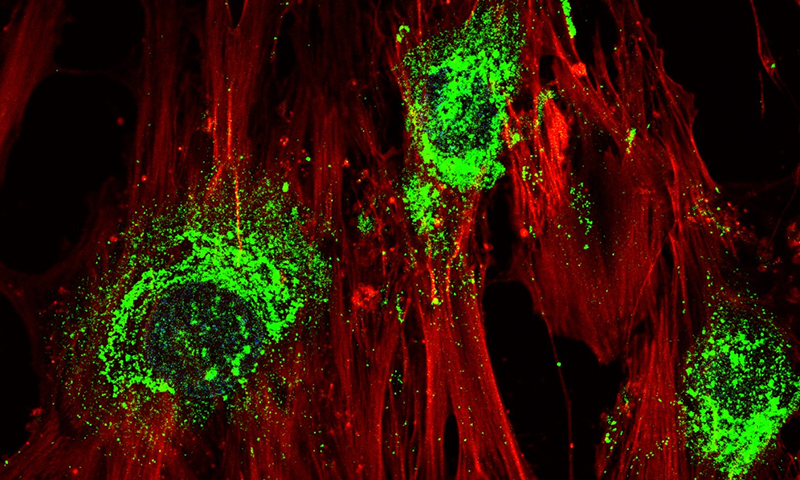 “We can use the sound waves to apply just the right amount of pressure in the right places to the stem cells, to trigger the change process,” says chemical engineer Leslie Yeo, from RMIT.

“Our device is cheap and simple to use, so could easily be upscaled for treating large numbers of cells simultaneously – vital for effective tissue engineering.”

That upscaling is the next stage in the process. Theoretically, this approach should work outside of a small lab test, but scientists are going to have to make sure. There’s also scope for the technology to be miniaturized further.

Researchers are now making multiple breakthroughs when it comes to turning stem cells into different types of cells to fight various health issues. As our understanding of these biological building blocks increases, we gain a better insight into how our bodies work.

If this particular process can be upscaled, there are multiple ways of using it as a treatment, the team says. Eventually, it’s hoped that bioreactors can be developed to process stem cells in this way.

“Our study found this new approach has strong potential to be used for treating the stem cells, before we either coat them onto an implant or inject them directly into the body for tissue engineering,” says Gelmi.

The research has been published in Small.