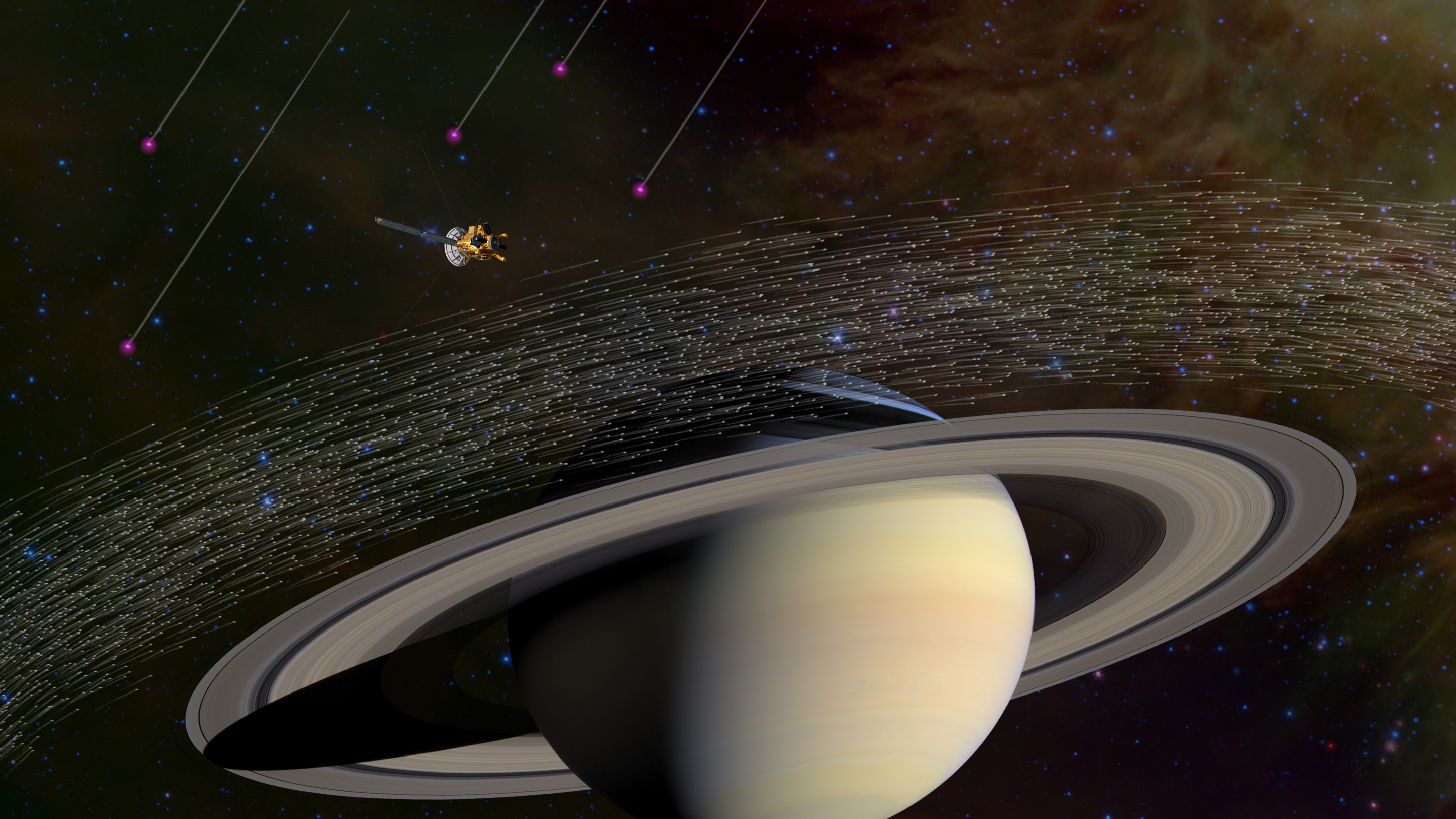 LAST UPDATED Dec. 8: These dates are subject to change, and will be updated throughout the year as firmer dates arise. Please DO NOT schedule travel based on a date you see here. Launch dates are collected from NASA, ESA, Roscosmos, Spaceflight Now and others.

Watch NASA webcasts and other live launch coverage on our webcast page. Find out what’s up in the night sky this month with our visible planets guide and skywatching forecast.

Wondering what happened today in space history? Check out our “On This Day in Space” video show here!

Dec. 9: Conjunction of the moon and Jupiter. The waxing crescent moon will swing about 4 degrees to the south of Jupiter in the evening sky.

Dec. 12: A Russian Proton rocket will launch two new satellites for the Russian Satellite Communications Company. The mission will lift off from the Baikonur Cosmodrome in Kazakhstan at 7:09 a.m. EST (1209 GMT).

Dec. 13-14: The annual Geminid meteor shower, one of the best meteor showers of the year, peaks overnight. The Geminids are active Dec. 4-17 often produce up to 50 visible meteors per hour, but this year the 78% full moon will outshine the fainter meteors.

Dec. 20: Russia’s Angara-A5 rocket will launch on its third orbital test flight, from the Plesetsk Cosmodrome in Russia.

Dec. 21: A SpaceX Falcon 9 rocket will launch a Dragon cargo resupply mission (CRS-24) to the International Space Station. It will lift off from Launch Complex 39A at NASA’s Kennedy Space Center in Florida, at 5:06 a.m. EST (1006 GMT).

Dec. 21: A Japanese H-2A rocket will launch the Inmarsat 6 F1 communications satellites from the Tanegashima Space Center in Japan, during a two-hour launch window that opens at 9:33 a.m. EST (1433 GMT).

Dec. 21-22: The annual Ursid meteor shower peaks overnight. Typically active around Dec. 17-26, the Ursids produce about five to 10 visible meteors per hour on the morning of the peak.

Dec. 22: NASA’s James Webb Space Telescope is scheduled to lift off from the Guiana Space Center in Kourou, French Guiana at 7:20 a.m. EST (1220 GMT), on an Ariane 5 ECA rocket.

Dec. 27: A Russian Soyuz rocket will launch 34 satellites into orbit for the OneWeb internet constellation. The mission, called OneWeb 12, will lift off from the Baikonur Cosmodrome in Kazakhstan.

Also scheduled to launch in December (from Spaceflight Now):

Q4: India’s Small Satellite Launch Vehicle (SSLV) will launch on its first orbital test flight from the Satish Dhawan Space Center in Sriharikota, India. The mission was delayed from April 2021.

Please send any corrections, updates or suggested calendar additions to hweitering@space.com. Follow Space.com for the latest in space science and exploration news on Twitter @Spacedotcom and on Facebook.