We sort of take for granted the depictions of prehistoric beasties illustrated in the books of our childhood. But piecing together Earth’s murky past is a lot harder than it sounds.

Scientists have to rely on fragmentary bones, weathered footprints, impressions in rock – these don’t always capture the fine details of the complex, living, breathing animal that passed through or died there.

Sometimes, while doing this painstaking work, researchers get it wrong. And not just a little wrong! Here are some of our favorite fossil flubs, and what we have learned from correcting them. 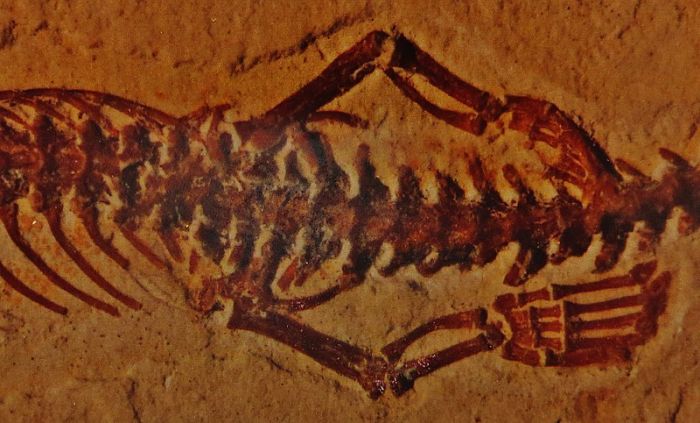 Tetrapodophis amplectus, revealed in 2015, was a paleontological marvel. A fossil from 110 million years ago, the sinuous skeleton was, scientists said, something long-sought. The snake-like body had four tiny legs, marking the first discovery of the missing link between snakes and lizards.

It was named accordingly and celebrated, but not everyone was convinced. Earlier in 2021, a different team of paleontologists revealed the fruits of their long labor re-examining the remains: Tetrapodophis was no snake at all, but a member of an extinct genus of marine lizard called Dolichosaurus.

We expect there is going to be some debate about the fossil, but either way, it has something to teach us. It’s exceptionally well preserved, and may yet reveal something new about dolichosaurs, whose fossil record is patchy and sparse. 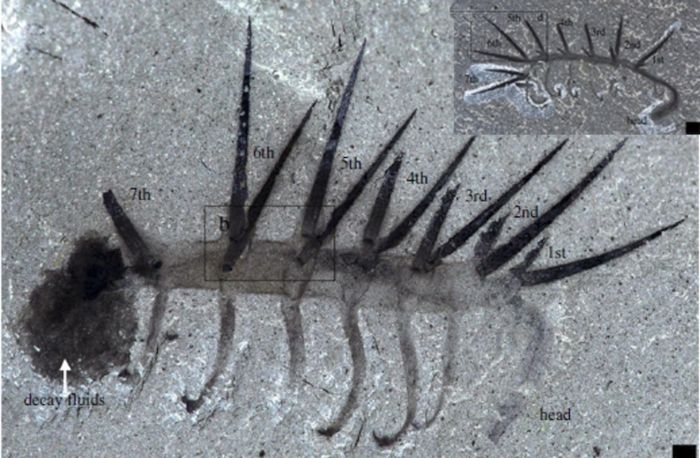 During the Cambrian period, from about 541 to 485 million years ago, the animals that roamed the Earth were very different from the life we see today. Some very strange creatures indeed could be found on the seafloor. We know about them because their remains were pressed in lake sediment that later hardened into shale, preserving enigmatic imprints that paleontologists later attempted to interpret.

One of these was Hallucigenia, so named because it looked like, well, a hallucination. It had at least seven pairs of rigid spikes on its back, seven pairs of weirdly floppy ‘legs’, and what appeared to be a large, bulbous head at one end.

Many fossils were discovered without this head, which baffled scientists. Why were so many Hallucigenia getting decapitated?

Then, a re-examination of the fossil revealed something really quite funny: teeth. And eyes. On the end we thought was its butt. Which meant that what we thought was its head were the contents of its guts, squeezed out as the animal was compressed in the sediment.

The good news is that sorting out Hallucigenia‘s ass from its noggin meant researchers could finally classify it as a lobopodian, the group that gave rise to velvet worms, arthropods, and our beloved tardigrades. 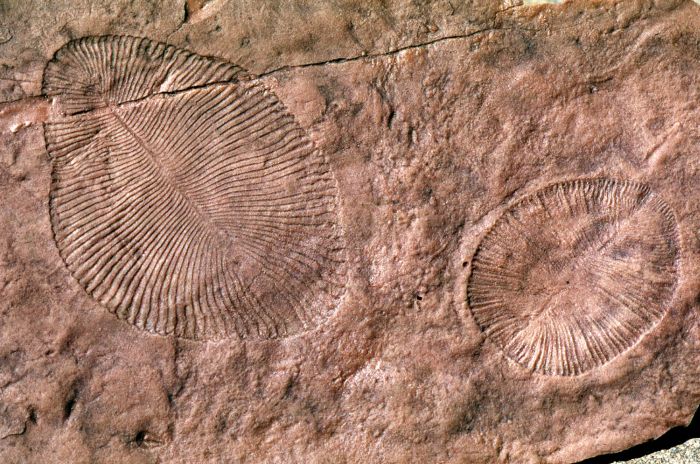 Dickinsonia has had one long identity crisis since it was first described in 1947. It hails from the Ediacaran era, prior to the Cambrian, before the emergence of the major phyla we know today. The Ediacaran biota were mostly soft-bodied organisms, and very few of them resemble any living or extinct organism. So they’ve been very hard to contextualize.

Dickinsonia looks a lot like a strangely ribbed oval, and it could be anything, really. On its discovery, it was classified as a type of jellyfish. Scientists have also thought it could be a worm, a polyp, or a mushroom or lichen. It’s even been proposed that Dickinsonia belonged to some unknown, extinct kingdom that was neither animal, plant, nor fungus.

A study a few years ago into the way the organism grew seems to have solved it. According to the scientists’ analysis, Dickinsonia is an animal, belonging either to Placazoa, which are among the simplest of animal organisms, or Eumetazoa, which are a step up from sponges.

Oh, and… we had its head and butt around the wrong way, too. Oops. 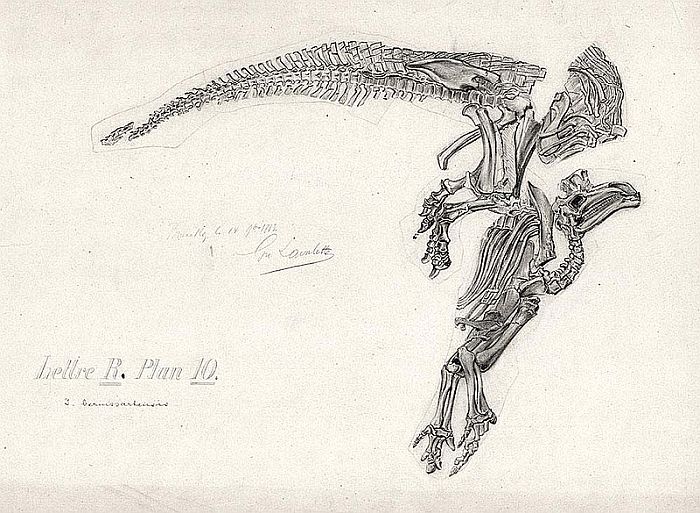 Iguanodon fossils, drawn in 1882 as they were found in Bernissart, Belgium. (G. Lavette/Public Domain)

Ah, iguanodon. We love you, and your funny little thumb-horns. But we didn’t always know where they were supposed to go.

When iguanodon was first described, way back in 1825 by geologist Gideon Mantell, he had the strange spike placed atop the beast’s nose. This isn’t an unreasonable assumption – after all, the rhinoceros has a single horn adorning its head.

It wouldn’t be until over 50 years later that this supposition unraveled. More complete specimens were found in Belgium in 1878, with the spiky appendage clearly belonging on the animal’s forelimb, where we primates might have a thumb. And this is where Mantell’s assumption makes even more sense because we just don’t know what the rigid spike was used for. Social interaction? Defense against predators? Something to do with food?

It’s possible that we’ll never know – but even so, iguanodon taught us that we ought never to take even the smallest detail for granted. 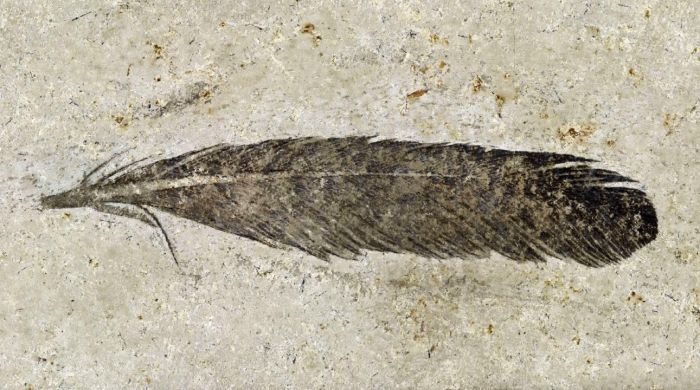 Archaeopteryx has long worn the crown of the earliest known species of bird. It lived around 150 million years ago and is known from just a dozen specimens from around the world. Yet the identification has been plagued by controversy.

Some believe that the animal has been miscategorized – that Archaeopteryx was not a bird but a dinosaur. Individual specimens have also been subject to scrutiny.

In 2017, a team of scientists analyzed one Archaeopteryx specimen (which itself had been reclassified, initially thought to be a pterodactyl) and claimed it was not Archaeopteryx at all, but an entirely unknown species of theropod dinosaur. That analysis seems to be holding, so far.

Then in 2019, another specimen – a single feather – was reanalyzed. Those researchers also found that the specimen instead belonged to an unknown species, in their opinion, citing the curvature of the quill. This, however, generated a response in late 2020; another team of paleontologists found this curvature was incorrect, and in any case, quill curvature can be highly variable.

Whether or not this matter is considered resolved, we can be pretty danged sure that we haven’t experienced our last Archaeopteryx drama.

Since the animal is so mysterious, whichever way the debate goes, it will give us an amazing opportunity to learn something new about our world – just like every scrap of fossil our planet has preserved in its wonderful depths.