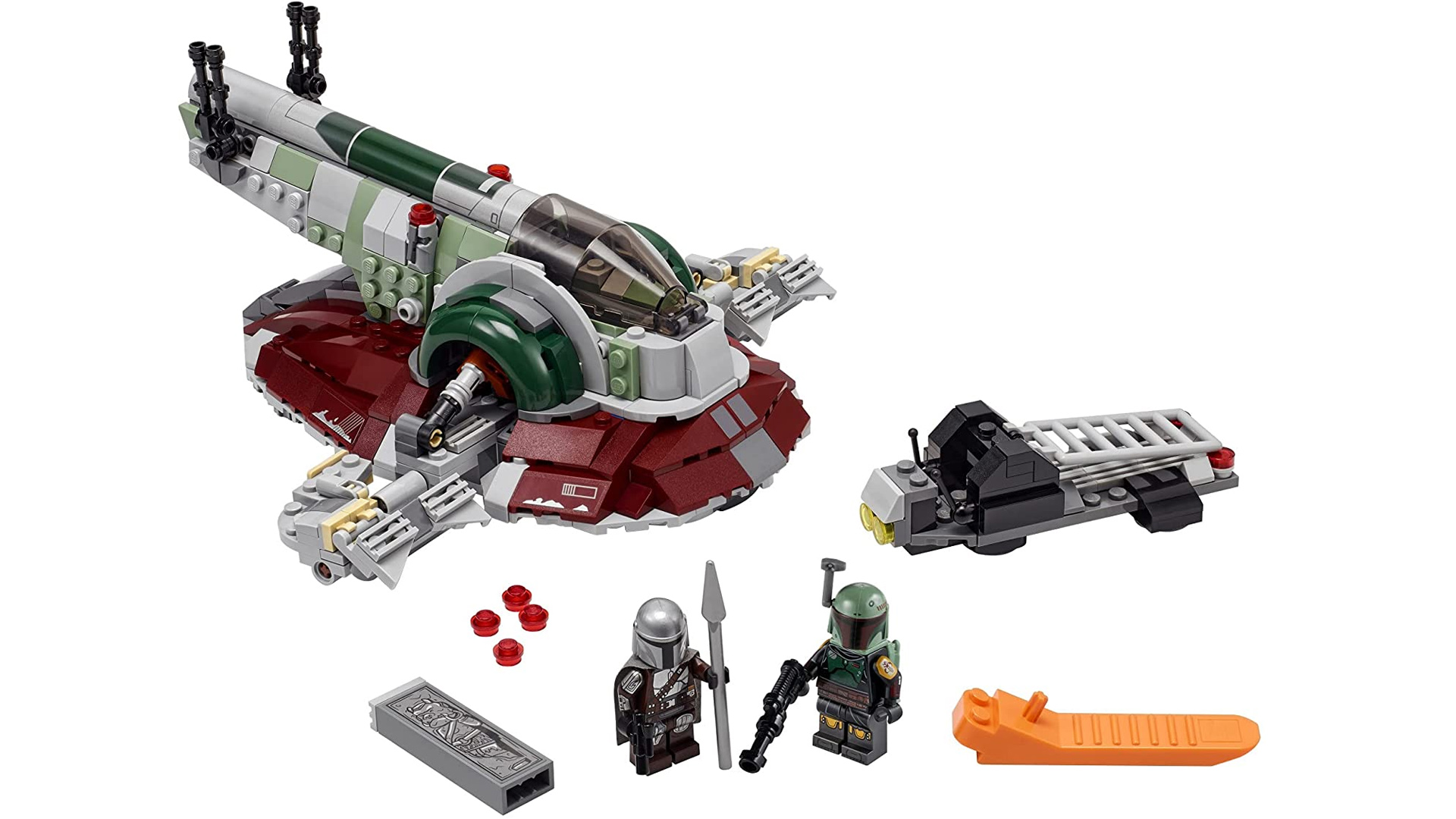 In Star Wars lore, Boba Fett is a bounty hunting legend, so it’s no surprise the iconic character is starring in his own Disney Plus TV series and you can gear up for its premiere with this Lego deal from Walmart.

The Lego Star Wars Boba Fett’s Starship set is on sale for $39.99 right now at Walmart, saving you 20% off its normal $49.99 price tag.  The last time we saw it this low was during Black Friday when Amazon had a similar deal. But that offer didn’t last, so you may want to act fast on Walmart’s deal before it’s gone for the year.

In Star Wars canon, Boba Fett’s ship is called the Slave 1, but Lego has opted for the more generic (and perhaps less problematic) Starship for the name of its latest incarnation of the famed ship. The new set recreates a moment from the Disney Plus Star Wars TV series The Mandalorian, which featured Boba Fett’s return after he was presumed dead in the film Star Wars: Return of the Jedi. (He was eaten by a Sarlacc on Tatooine, but apparently survived.)

Even at its normal $49.99 price, the new Boba Fett’s Starship Lego set is more affordable than the most recent version, an epic 20th anniversary set Slave 1 set that cost $119.99 when it was release and has since been discontinued. You can still find it online, but with significant markups.

But the centerpiece of the set is the Starship itself. Like the Slave 1 ship depicted on TV and film, this set features a rotating cockpit to shift from horizontal to vertical flight. It  comes with a transporter vehicle to tow the Starship around on the ground that can double as a stand to display the set in its vertical flying configuration.

The ship itself has two stud shooters to serve as blasters and two non-shooting blasters in line with the Starship’s design. It stands about 3.5 inches (8 cm) tall and is 8 inches (20 cm) long and wide.

We’ll be seeing a lot of Boba Fett’s Starship in the new Disney Plus TV series The Book of Boba Fett, which debuts on the streaming service Dec. 29. So you’ll have plenty of new adventures to recreate with this Lego set once it does. Check out our guide for the best Lego Star Wars deals for more sets from the sci-fi franchise.

Be sure to check out Space.com’s Space deals, or our guide to the best Lego space deals.