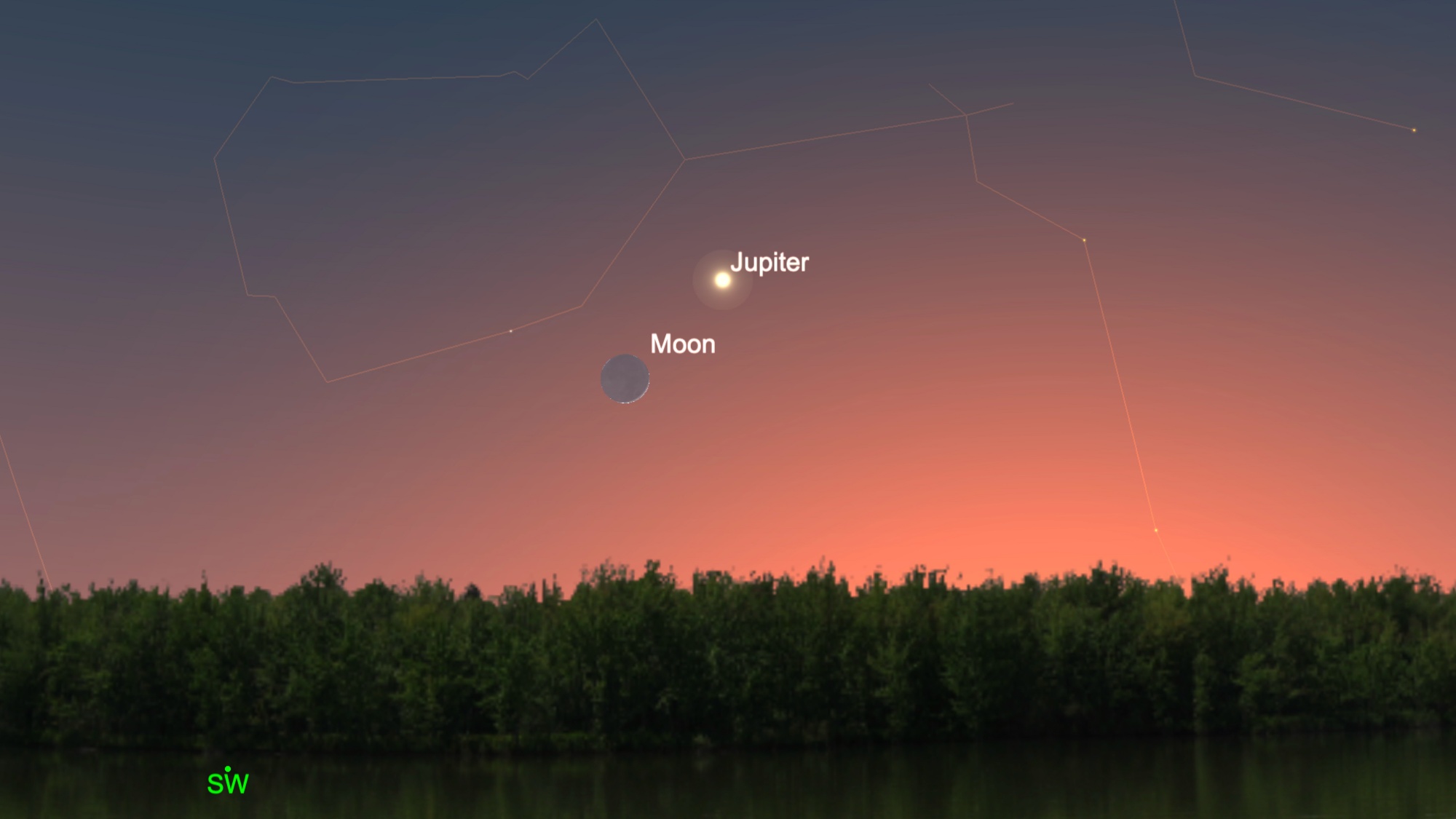 Skywatchers will be treated to a celestial duet tonight (Feb. 2) as the new moon passes near Jupiter.

Jupiter will appear very close to, or in conjunction with, the crescent moon, with the moon passing just over 4 degrees to the south of the bright gas giant at 4:10 p.m. EST (2110 GMT). (Your clenched fist at arm’s length is roughly 10 degrees in the sky, so look for about a half-fist between the two objects.) When observed from Earth, the moon and Jupiter are considered to be in conjunction because they share the same right ascension, according to the skywatching site In-The-Sky.org.

While Jupiter — the only bright planet left in the night sky — will be clearly visible to skywatchers, only a tiny sliver of the moon will appear, as February’s new moon occurred just yesterday (Feb. 1). Be aware that you’re running out of time to catch the bright gas giant planet, which heads out of view later this month, leaving the night sky without any visible naked-eye planets until August, according to a skywatching guide from NASA.

During conjunction, Jupiter will shine brightly above the west-southwestern horizon after sunset, while the very thin crescent of the moon will appear to the lower left, or southwest, of the planet. Jupiter and the moon will be close enough to view with binoculars — you may even be able to spot Jupiter’s four giant Galilean moons: Io, Callisto, Europa and Ganymede.

It’s recommended to look for Jupiter and the moon shortly after the sky begins to darken, when the two bodies are higher in the sky and thus more easily visible. In New York, both should become visible by about 5:30 p.m. local time. However, the pair will quickly sink towards the horizon, setting around 7 p.m. local time.