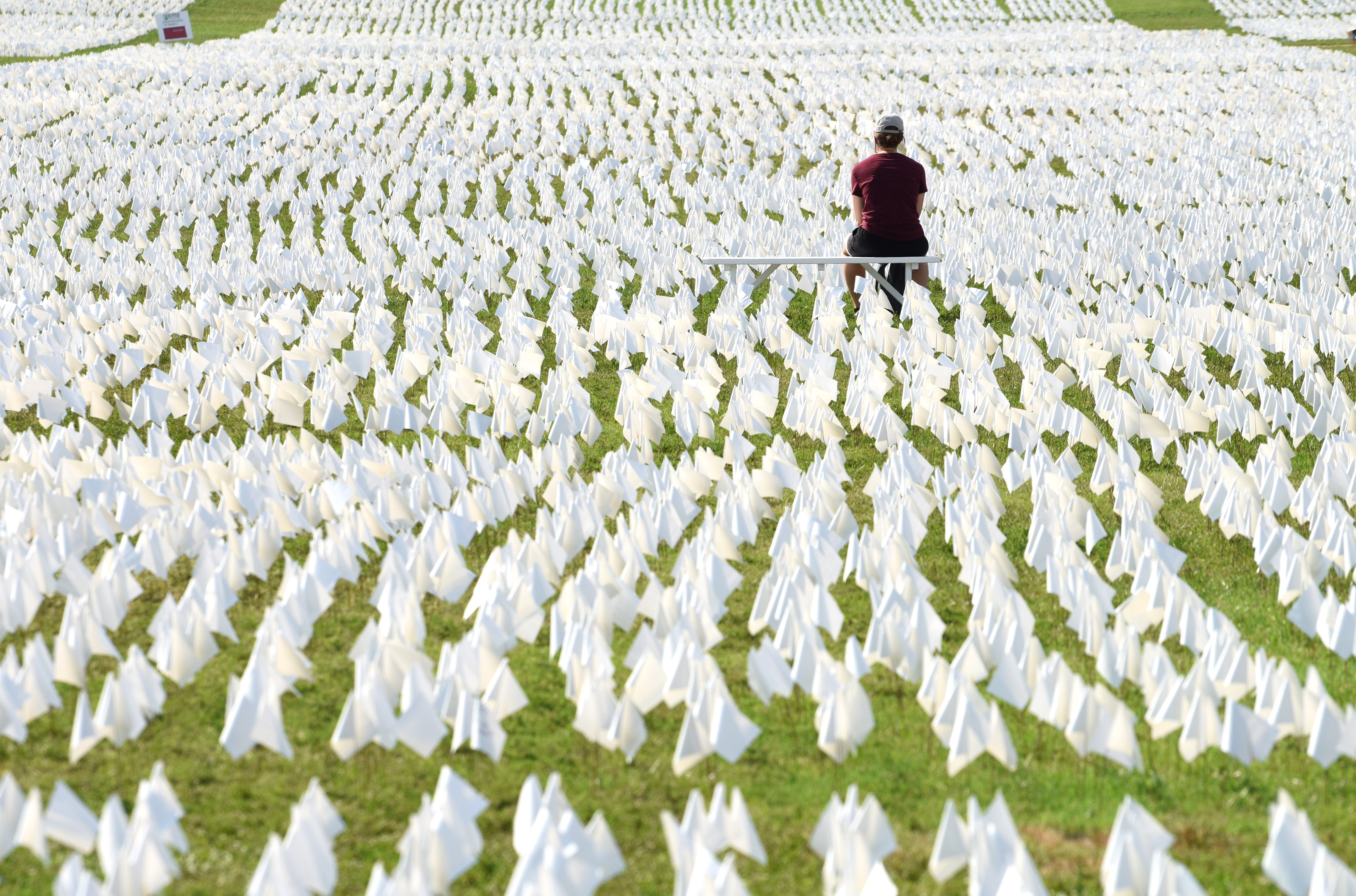 Sometime in the next few weeks, the official death toll for the two-year COVID pandemic in the U.S. will reach one million. Despite being the wealthiest nation on the planet, the U.S. has continued to have the most COVID infections and deaths per country, by far, and it has the highest per capita death rate of any wealthy nation.

This is an unfathomable number of people dead, yet, mass media are downplaying it. Despite an empathetic New York Times headline in May 2020 of “U.S. Deaths Near 100,000, an Incalculable Loss,” and using its entire front page to print names of some of the deceased. As Luppe B. Luppen noted on Twitter, the newspaper’s more recent headline was the cruel and callous “900,000 Dead, but Many Americans Move On.”

The Times is not alone; several large mainstream publications, in complicity with politicians of both major political parties, have been beating a death knell of drum for getting “back to normal” for months. The effect is the manufactured consent to normalize mass death and suffering—to subtly suggest to Americans that they want to move on.

News media are helping to shape public opinion in order for business to return to the very circumstances that have created this ongoing crisis. A return to normal will allow profits to be reaped by people working relatively safely from their homes (the target audience of many news organizations’ advertisers) at the expense of people working or studying in person who are more vulnerable.

A few weeks ago, David Leonhardt, the writer of the Times’ newsletter “The Morning,” asked Michael Barbaro, the host of the company’s podcast “The Daily”: “If [COVID] is starting to look like a regular respiratory virus, is it rational [emphasis by the Times] to treat it like something completely different— to disrupt all our lives in all these big and consequential ways[?]”

I was dismayed. That rhetorical move is a familiar one to me: Two white men frame what they think is rational, deeming any questioning of their stand as irrational.

Meanwhile, some 140,000 children in the U.S. have lost a caregiver—about one in every 500 children. That is a big and consequential loss, and those children are probably not among the many who are ready to “move on” (another nearly one million Americans can’t move on because they’re already dead). During this pandemic, Black people have been disproportionately killed by this virus. About 50,000 people have died each month of COVID, meaning several Black children are being orphaned by SARS-CoV-2 this month, as you read this.

So is it rational? To be calling for the end of life-saving mitigation efforts and saying they harm children when so many have been orphaned here and worldwide?

Is it rational for Democrats, Republicans and much of the news media to press on towards what writer Tom Scocca calls a policy of “unlimited” COVID? The Democratically controlled state governments of California, New Jersey, New York and Connecticut all moved to drop indoor mask mandates just days after a near-record 3,958 people died of COVID on a single day, February 4. Even the White House reportedly has “begun hinting at an impending ‘new normal,’ in a conscious messaging shift meant to get people comfortable with a scenario where the virus remains widespread yet at more manageable levels.”

Is it rational, when as many people who died of AIDS in its worst year (near 50,000 in 1995) are dying every month of COVID, to think of the novel coronavirus as a “regular respiratory virus”—and to think that the big and consequential disruptions to worry about are mask wearing and ventilation, and not death and debilitation?

Is it rational to ignore the high communal viral load in American society and to not do more to lower it so that fewer people are exposed, become sick, transmit onwards and possibly die?

Is it rational for the Times to be advertising an event happening in March hosted by Leonhardt called “The New Normal, a Virtual Event on Life and Love After Omicron,” which might just coincide with the timing of the millionth American officially dying of COVID?

Well, it depends on what it is you are trying to rationalize.

If you’re trying to get people to accept that what the nation is doing right now is okay, and 50,000 deaths per month should be normalized, then it’s rational.

If you don’t want people to wonder why in just two years, the U.S. death toll for COVID is about 130 percent the size of the death toll of four decades of HIV—while global COVID deaths are less than 20 percent of the world’s AIDS deaths—then it’s rational.

If you want to manufacture consent for looser pandemic measures in the U.S. rather than more comprehensive ones as the communal viral rate demands, then making these claims is rational.

But it’s not ethical to manufacture what I call a viral underclass, and it’s incorrect to pretend as though the news media have no role in creating it nor in persuading the public that so many deaths are inevitable.

It’s a shame that major news outlets are talking more about moving on and returning to normal, and not running more pieces calling for an increase in government-funded mitigation efforts (more free high-quality masks and tests, upgraded ventilation in worksites and schools) to stem the tide of death. American norms (rampant incarceration, eviction, homelessness, lack of health care, poor ventilation and economic inequality) are fairly deadly as is.

Rushing for the “urgency of normal” is “wishful thinking,” epidemiologist Gregg Gonsalves wrote in the Nation. Intentionally or unintentionally, “the urgency of normal”—a phrase cropping up a lot lately—is evocative of a phrase Martin Luther King, Jr. used in his 1967 speech “Beyond Vietnam” at Riverside Church, where he preached about “the fierce urgency of now”:

“We are now faced with the fact that tomorrow is today. We are confronted with the fierce urgency of now. In this unfolding conundrum of life and history there is such a thing as being too late. Procrastination is still the thief of time.”

If he were still alive, do you think King would be fighting for the fierce urgency of the very normal that produced all this death?