In a national park a four-hour drive north of Sydney in Australia, a fire is smoldering out of control – and it’s been doing so for at least 6,000 years.

Known as ‘Burning Mountain’, the mysterious underground blaze is the oldest known fire on the planet. And some scientists estimate it may be far more ancient than we currently think.

Located under Mount Wingen in the state of New South Wales (Wingen means ‘fire’ in the language of the local Wanaruah people, the traditional custodians of the land), this underground smolder is a coal seam fire – one of thousands burning at any one time around the globe.

Once ignited, these subterranean fires are almost impossible to put out. Slowly but intensely, they travel through the coal seam, a layer of coal that naturally occurs beneath Earth’s surface.

“No one knows the size of the fire under Burning Mountain, you can only infer it,” Guillermo Rein, a professor of fire science at Imperial College London in the UK, tells ScienceAlert.

Rein visited Burning Mountain in 2014 – which was on his field trip bucket list. 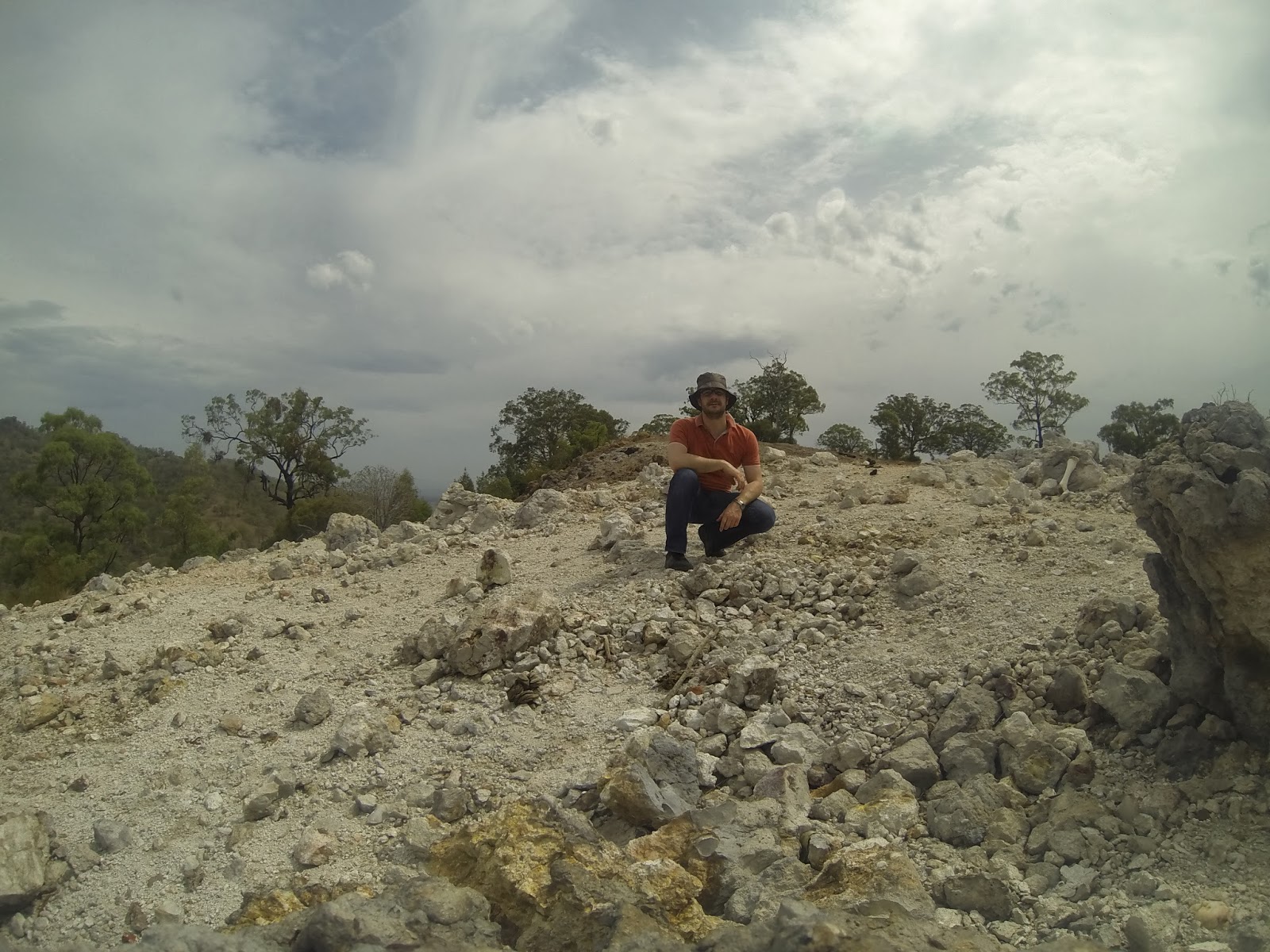 Unlike a typical fire, a coal seam fire burns underground; it’s smoldering, which means there’s no flame and it’s more like embers in a barbecue, rather than a typical coal fire. It’s also not to be confused with more dramatic coal seam gas fires, which are known to set even waterways on fire.

The fire at Mount Wingen is currently burning around 30 meters underground, and moving south at a speed of around 1 meter (3.2 ft) per year.

If you visit the national park – which is open to tourists – the only current evidence of its existence is some smoke and white ash, ground that’s warm to the touch, discolored rocks of yellow and red, and a sulfuric smell emitted as the fire below cooks the minerals of the mountain. 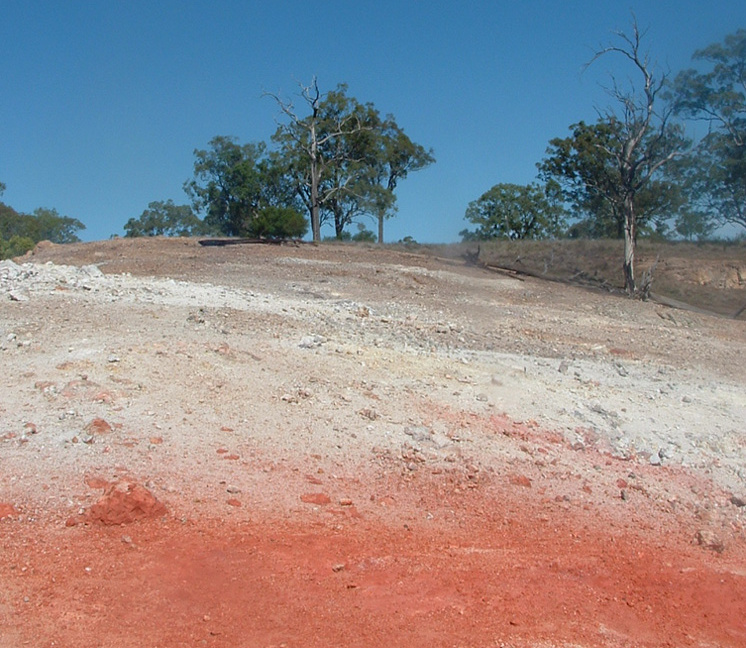 But even though it’s mostly invisible now, the path the fire has taken is visible upon closer investigation, with more recently burnt areas covered in ash and devoid of plant life.

“Ahead of the fire where it hasn’t arrived you see this beautiful eucalyptus forest. Where the fire is now there’s absolutely nothing alive, not even grass,” says Rein. “And where the fire was 20 to 30 years ago, the forest has come back, but it’s a different forest – the fire has shaped the landscape.” 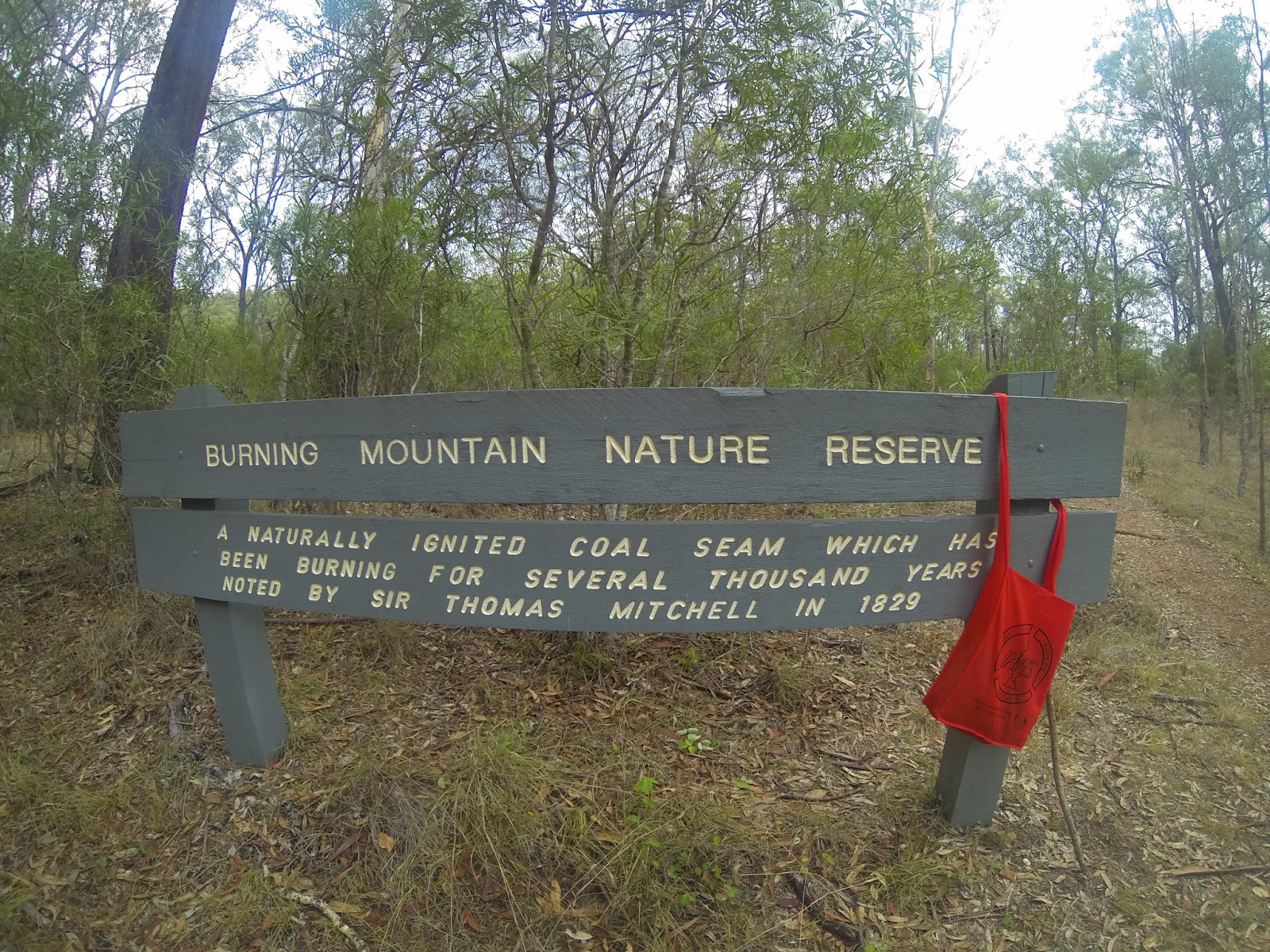 Many coal seam fires, particularly those in India, China, and the US, are caused by human interference such as coal mining – think of the infamous fire below Centralia, Pennsylvania, the now-deserted town that inspired Silent Hill, which has been burning for almost 60 years.

But that’s a mere blink of an eye compared to the thousands of years of Burning Mountain.

Who started the fire?

Interestingly, no one’s sure what first ignited it.

The first documented European sighting was in 1828, when a local farmhand declared he’d discovered a volcano in the Mount Wingen region.

Only a year later in 1829, geologist Reverend CPN Wilton concluded the alleged volcano was actually a coal seam fire. Measurements have since shown that the path of the fire covers around 6.5 kilometers (4 miles) – suggesting it’s been alight for at least 6,000 years. But other than that, hardly any official research has been done on the area.

The site is considered sacred by the traditional custodians, the Wanaruah people, who used it for cooking and crafting weapons. Their origin stories talk about a widow whose tears ignited the fire, or the torch of a warrior captured by the ‘Evil One’ under the mountain.

According to Rein, natural causes are the most likely source.

“You cannot rule out anthropogenic interference, but it was most likely natural causes,” he explains. “It could have been wildfire from a lighting strike that ignited an outcrop. Or it could have been self-heating ignition.”

Self-heating ignition happens when the coal seam is close enough to the surface for coal to be exposed to oxygen. If there are enough sunny and hot days in a row – something that we’ll see more of with climate change – the surface of the coal heats up and gets hot enough to heat up the next piece in the seam, eventually sparking ignition.

What’s perhaps more fascinating is we don’t know exactly how old the fire is, either. Researchers have found evidence that indicates the same fire could have been burning a lot longer.

It’s worth noting this evidence is unpublished and not peer-reviewed so needs to be taken with a grain of salt. But it only adds to the mystery of this understudied fire. 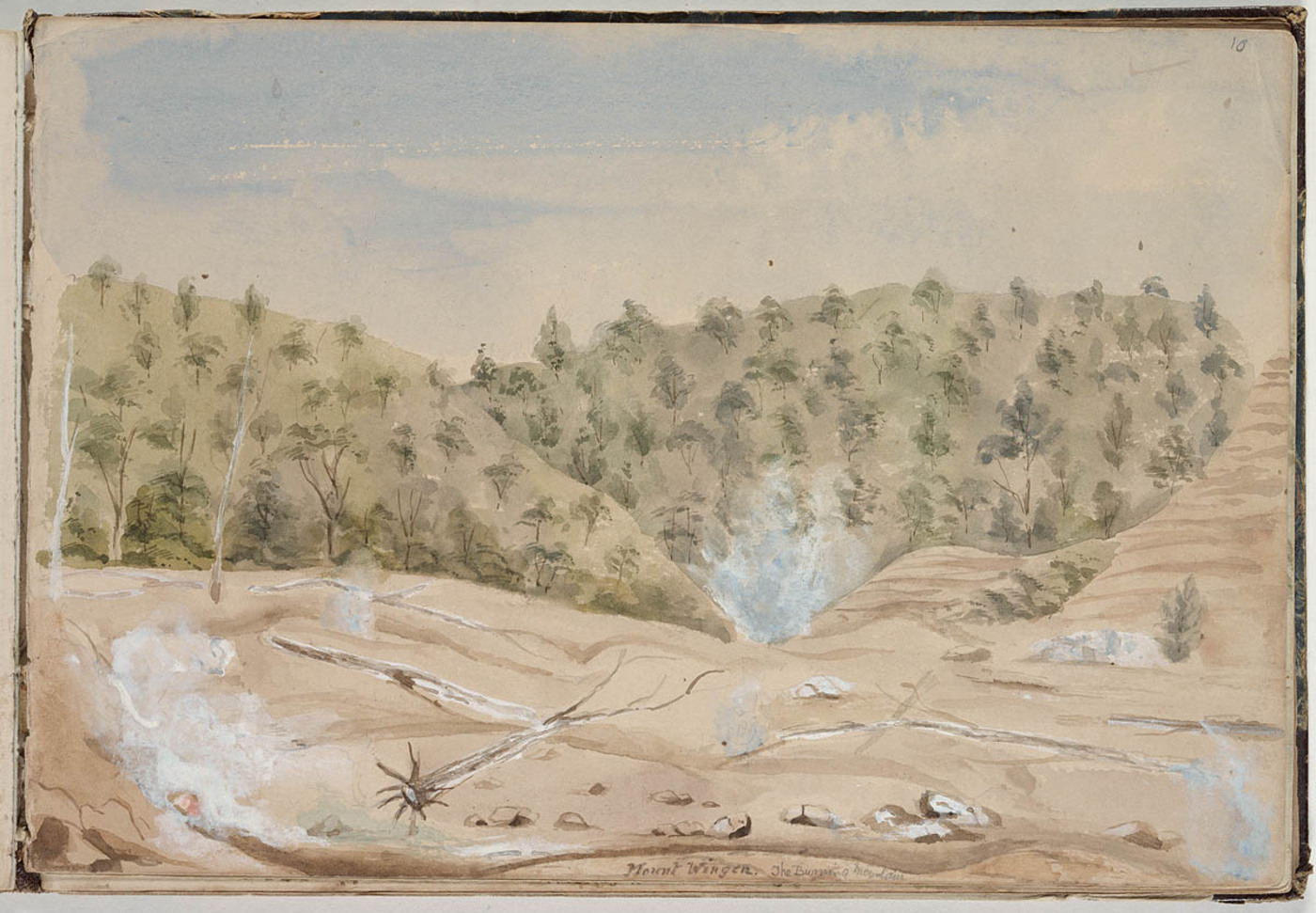 Under its own steam

How long will Mount Wingen burn? No one really knows that, either; we don’t know how far the coal seam stretches or where it goes next. For now, it has no shortage of oxygen supply.

“It could burn for thousands of years without human intervention,” says Rein.

“As the fire progresses, it heats up the mountain causing it to expand and crack, letting in oxygen so the fire can then move forward. The fire produces its own chimney and its own supply of oxygen.”

Even with human intervention, coal seam fires are notoriously hard to put out, requiring tonnes of water and liquid nitrogen. In 2004, China claimed to have extinguished a fire that had been burning for 50 years, only to have visitors see signs of it burning a few years later.

Interestingly, during Rein’s visit in 2014, he noted that the smolder at Burning Mountain was approaching a cliff down to a small river. Depending on what the coal seam does at that river, we could see some dramatic changes to Burning Mountain within the next decades.

“The coal seam might break through and come out very close to the surface of the cliff, which could result in flames with much more heat,” says Rein. He predicts that this may be similar to what happened in 1828 when the fire was mistaken for a volcano.

“Or if the coal seam goes very deep it will extinguish itself and smolder out – which would be very dramatic if that happens during our lifetime after burning for possibly hundreds of thousands of years,” Rein adds.

One thing worth noting is that while Mount Wingen is far away enough from civilization to cause harm, larger coal fires can be a serious health and safety hazard that have become far more common in recent years.

Not only could they become more common due to climate change, they could also be contributing to the plight of our planet. Very little study has been done into how significant the impact is of coal fire greenhouse gases, but they’re known to release large amounts of CO2, methane, as well as other pollutants such as mercury.

“What’s most frustrating as an engineer is that no one is benefitting from these fires – it’s a huge potential source of heat and energy that’s going untapped.”

While further research is needed into coal seam fires as our planet heats up, it’s somewhat comforting to know that mysteries such as Burning Mountain still exist relatively unstudied and unknown on this information-overloaded planet – and you can safely visit it when you’re next in Australia.