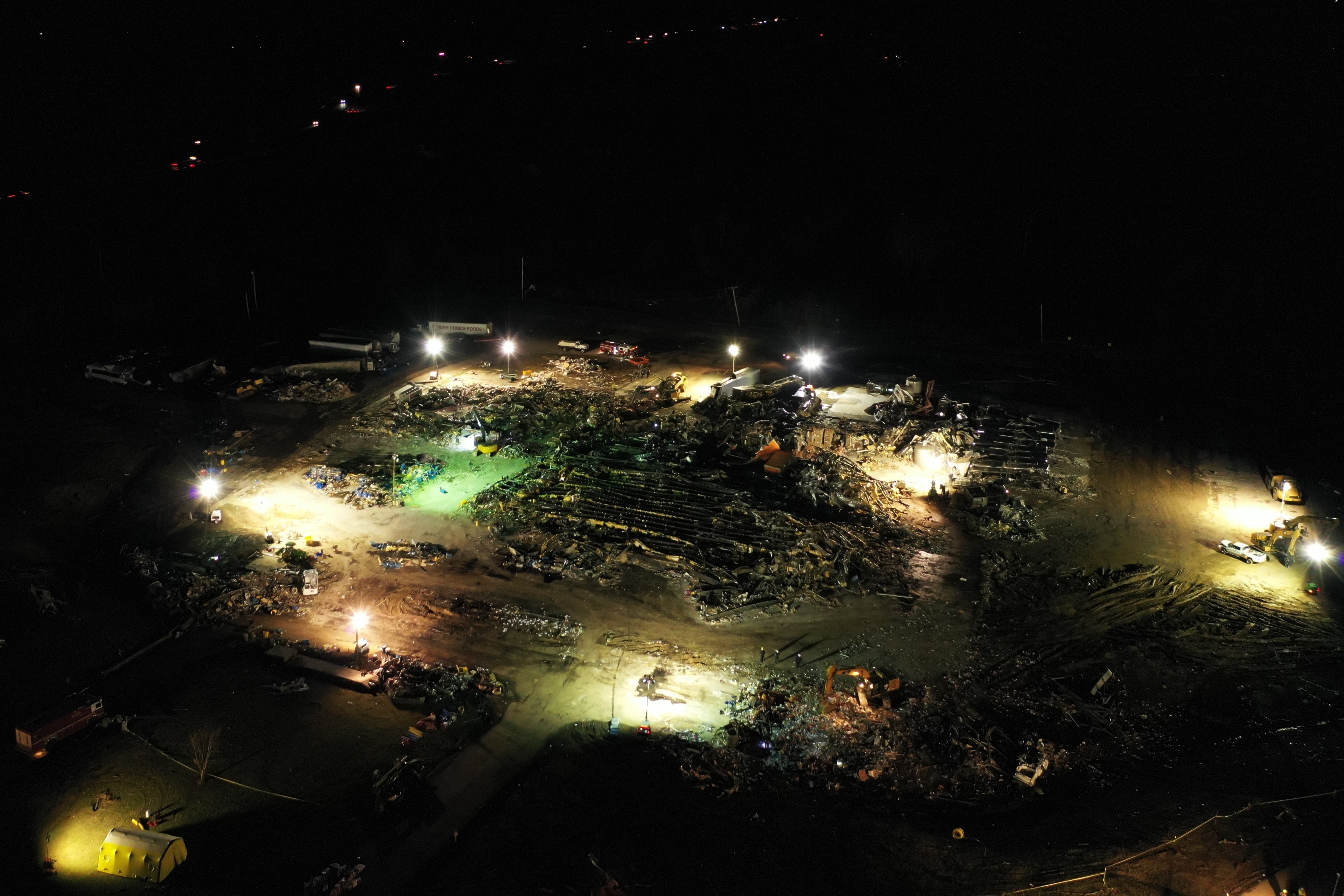 It was around 9:30 P.M., hours past sunset, when a violent tornado leveled the town of Mayfield, Ky., on December 10. The exceptionally long-lasting twister was part of a rare December outbreak that raked through several Midwestern and Southern states that night. Though the storms were well forecast, and warnings were issued relatively early, at least 89 people have been confirmed dead, with some still unaccounted for.

Nighttime tornadoes can be particularly deadly—and not just because more people are likely to be asleep. To break down the reasons—and explain why the Southeast is particularly prone to nocturnal storms—Scientific American spoke with Stephen Strader, an atmospheric scientist and hazards geographer at Villanova University, where he studies how the risks of tornadoes and other severe weather overlap with social vulnerability.

Are there any meteorological differences between daytime and nighttime tornadoes?

Daytime storms that produce tornadoes tend to have more instability. However, once nighttime hits, we have something called a low-level jet stream that intensifies as the boundary layer (the [portion] of the troposphere) begins to decouple from the rest of the atmosphere. This strong, often southerly low-level jet carries moisture from the Gulf of Mexico with it, fueling thunderstorms under the cover of darkness when that daytime instability has waned. In the case of [last] Friday’s event, the low-level jet was very strong, and there was substantial low-level wind shear [in which winds blow in different directions at different levels of the atmosphere] in the environment. These two factors can be quite common after dark in the Southeast.

What makes the Southeast particularly prone to nighttime tornadoes?

The Southeast is, first off, no stranger to tornado events. We like to think of that classic Wizard of Oz scene of the sepia-tone tornado dancing in the landscape of Kanas. The reality is the Southeast—and you can go back to April 27, 2011 [the deadliest day of an event in which 360 tornadoes formed across the region and 320 people were killed], or the 1974 Super Outbreak—the region is no stranger to big killer events. That’s because, by the time a large-scale synoptic system makes its way across the country and evolves over time, it typically reaches the Southeast right during those evening hours. You end up with faster storm speeds; you end up with tornadoes moving at 60 miles per hour rather than five miles per hour in the plains. You also have more moisture to work with, so you end up with wetter storms. A lot of ingredients play a role. But the big thing that I always tell people is: If I had to ask you where tornadoes are most common, you’re going to say Kansas or Oklahoma and maybe Texas. But if you look at where tornado fatalities are most common, it’s Alabama, Mississippi. There’s a mismatch there, and that mismatch isn’t a meteorological one. It’s actually a societal issue. And it has to do with vulnerability and exposure.

What are some factors that make this a societal issue?

Population density is the first and foremost thing: there are many more people in the southeastern U.S. The other factor that plays a role is that there are more frequent nocturnal [tornado] events there. Poverty is greater. And the big issue in the Southeast is that mobile manufactured housing densities are much higher than in any other nation in the world or in [other parts of] the U.S. The national average for the percentage of homes that are mobile homes is about 6 percent, but in states like Alabama, it’s upward of 13 to 14 percent. Land use and zoning play a role as well, because most manufactured homes everywhere outside the U.S. are found in mobile home parks designated for that. In the Southeast, you have 80 percent of those manufactured homes that are not in mobile home parks—they’re in isolated plots of land in rural areas. This creates more targets for these tornadoes to hit. So when you have a long-track tornado, instead of going through a bunch of cornfields and wheat fields, it’s going through the hearts of smaller cities and rural areas that are a little bit more populated than they normally would be elsewhere.

You are updating research done in 2008 that looked at the differences in fatality rates between daytime and nighttime tornadoes. That study found that death rates for the latter had not declined as fast as those for tornadoes overall. Does that still hold true?

I and Walker Ashley [of Northern Illinois University] are revisiting this, adding the next 15 years of data onto this and actually taking a bit of a different perspective on it. The scary thing that I saw was … the percentage of fatalities that occur between daytime tornadoes and nocturnal tornadoes is going up. So we’re seeing a greater percentage of people dying in these nocturnal events. If you look at all tornado events that occur during daytime, that’s going down. What we’re seeing is this difference between day and night really playing a role in the likelihood of you being killed.

The other thing that’s scary is, [in the 2008 paper] Ashley found that tornadoes that occur at night are 2.5 times more likely to result in a fatality. I thought maybe that had gotten better. And what we found is it has not: it’s maybe gotten a little bit worse.

Most of us also, during the daytime, go to work. So the exposure side of things is changing throughout the day as well. What we typically see is, at nighttime, a more dispersed population. It’s a bit scary—but if anything, the problem’s gotten worse.