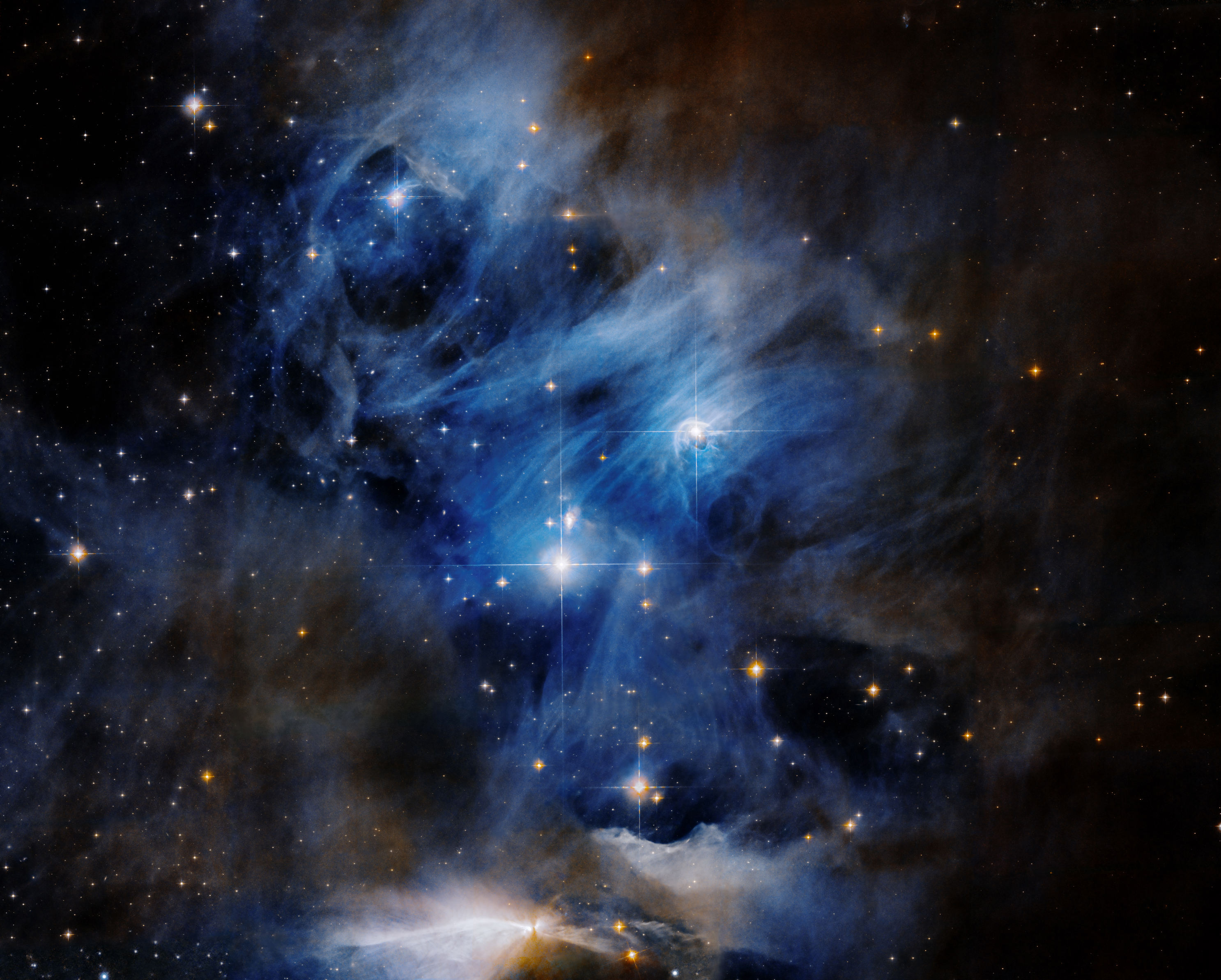 NASA’s Hubble Space Telescope has captured a stunning new view of a stellar nursery illuminated by the bright blue light of young stars.

This vast stellar nursery, known as the Chamaeleon Cloud Complex, stretches 65 light-years wide, occupying most of the Chamaeleon constellation, which is visible from the Southern Hemisphere. Located 522 light-years away from Earth, this star-forming region is one of the nearest active star formation regions to our planet.

The recent Hubble Space Telescope image — comprising 23 observations made by the space telescope — captures just one of three segments of the vast region, called Chamaeleon Cloud 1 (Cha 1), according to a statement from NASA.

The new image, which NASA released on Jan. 31, showcases dark, dusty molecular clouds where new stars form, along with striking reflection nebulas, which glow bright blue from the light of nearby baby stars.

Hubble also captured bright clumps and arcs of interstellar gas called Herbig-Haro objects. Gas ejected by “protostars” collides with the clouds of gas and dust. In turn, the jets from the infant stars energize the gas, creating the radiant Herbig-Haro objects captured in the new Hubble image, according to the statement.

“The white-orange cloud at the bottom of the image hosts one of these protostars at its center,” NASA said. “Its brilliant white jets of hot gas are ejected in narrow torrents from the protostar’s poles, creating the Herbig-Haro object HH 909A.”

Observations of Cha 1 were collected during NASA’s hunt for extremely dim, low-mass “failed stars” known as brown dwarfs, which are more massive than most planets but not heavy enough to ignite like stars. The images of Cha 1 were taken using Hubble’s Advanced Camera for Surveys and its Wide Field and Planetary Camera 2, or WFPC2. The starburst, or cross-like, features seen around the stars is created as the bright light from the stars bends around Hubble’s cross-shaped struts that support the telescope’s secondary mirror, NASA said in the statement.