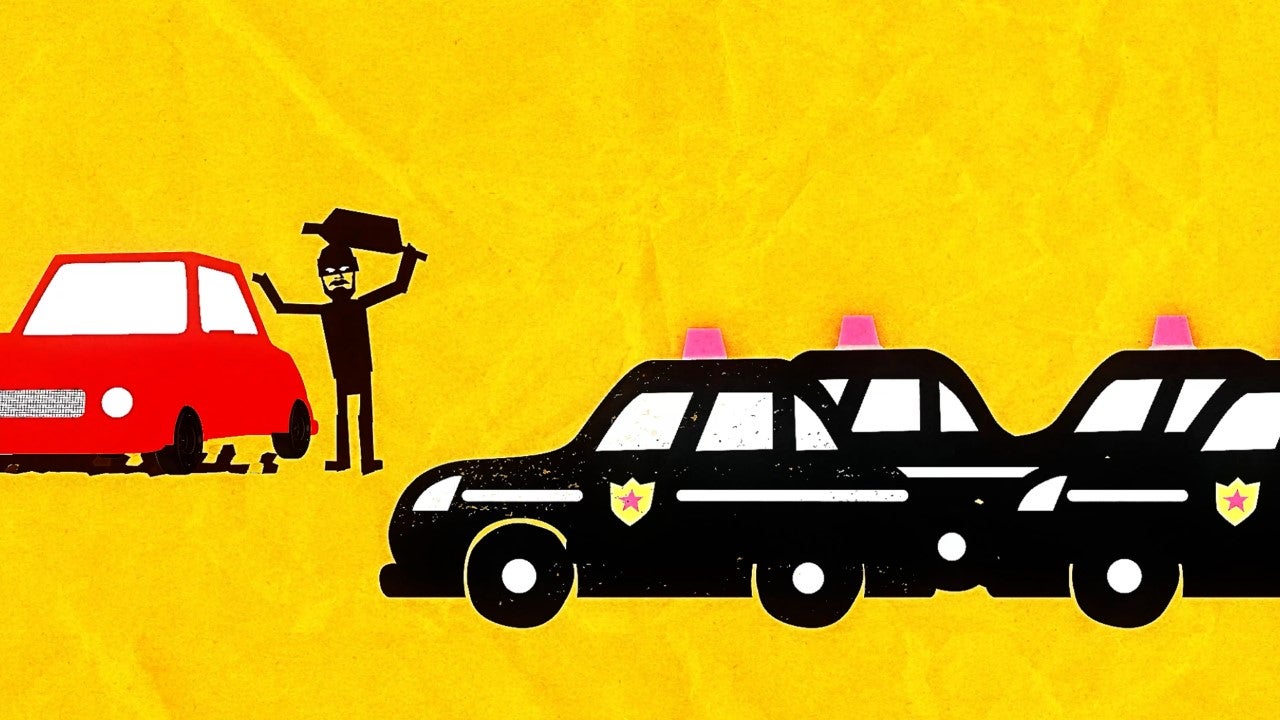 Andrew Robinson: This is the most valuable metal on the planet.

More valuable than silver, gold, platinum, or even this jewelry.

This jewelry is being treated with a thin coating of rhodium—a chemically inert, corrosion resistant metal.  It protects the silver and gives it a nice shiny finish.

But you probably use rhodium, every single day, for another reason.

Rhodium is a key ingredient in every car sold in the United States since around 1975.

It’s part of a system that cleans out pollutants and prevents them from entering the atmosphere.

And it’s also the reason why thieves across the U.S. are sawing off catalytic converters in order to get their hands on a few precious grams of the world’s most valuable metal.

So how did we get here?

Well, in the 1970s, air in the United States was getting dirty.

And a big reason was automobiles.

One of the goals of these standards was reducing harmful emissions by automobiles, specifically a 90 percent reduction in automobile emissions from pre-1968 levels by the 1975 model year.

Engineers and researchers at Engelhard Industries and Corning Glassworks ultimately developed what is the modern three-way catalytic converter.

The converter itself sits just behind the exhaust manifold and before the muffler.

The converter on regular fuel vehicles is simple: a stainless steel shell surrounds a ceramic honeycomb monolith— that monolith is coated with three important precious metals: platinum, palladium, and rhodium.

As the car’s exhaust passes through this honeycomb the metals heat up and act as catalysts: turning carbon monoxide into carbon dioxide, unburned hydrocarbons to H20 and C02, and nitrous oxides into nitrogen and Carbon-dioxide.

Because these metals, and especially rhodium are so stable and durable they can perform this function over an extremely long lifetime of the car part—suffering very little loss in performance.

But as effective as the Rhodium is at catalyzing car exhaust they have a major drawback: cost.

These are called precious metals for a reason.

Morris Bullock: Precious metals are those that are very expensive and they’re expensive because they’re rare – that is they have a low Earth abundance.

Just to give you an example, rhodium which is one of the metals used in catalytic converters, the earth abundance of that is on the order of 1 part per billion. Iron for example Earth abundance is about 5 percent.

Robinson: So if rhodium has always been rare, why are prices spiking now?

Closed mines and refineries created a huge deficit in rhodium, palladium, and platinum supply even as demand was increasing around the world

It’s a perfect storm creating a huge spike in prices for all of these precious metals and especially rhodium.

Because of this deficit, rhodium prices peaked In March of 2021.

And if car manufacturers can’t buy these metals from mines—they’ll get it somewhere else: recycling.

Recycled platinum group metals account for a large portion of the precious group metals used by American car manufacturers, which means it’s big business.  That business translates to opportunity on the street:

But preventing these thefts is challenging….

S. Bruce Hosea: They’re no longer crimes that are violence, they’re no longer crimes against persons which pulls them from the violent crime status to a property crime. Resources can’t be put to the property crimes like they’re being given attention to the violent crimes. And without specific markings on the catalytic converters themselves there’s no way to determine if Cat 1 vs Cat 2 came off of your car or someone else’s car.

Robinson: Being environmentally friendly can also come at a cost.

Yong Wang: When you think about a hybrid, the engine is not on all the time so the temperature is even lower. So what do you do? With existing technology you just put in more catalysts, you have to put in more Rhodium and that equates to a huge shortage.

Robinson: So what can be done about it?  Electric vehicles are one solution since they have no exhaust at all

Wang: If you look at the light duty vehicles, globally we have one billion vehicles in that sector and it is projected to double by 2040. To replace all of those vehicles with batteries, that’s not going to happen overnight.

Robinson: Decreasing our reliance on these metals will not just reduce demand for thieves, but it will also help the environment.

Bullock: We’re doing a lot of fundamental scientific studies on how to design new catalysts based on earth abundant metals like iron or nickel for reactions that are currently catalyzed by precious metals.

Robinson: Until then, Rhodium will stay in our cars and be a potential target for thieves, looking to profit from the world’s most valuable metal.