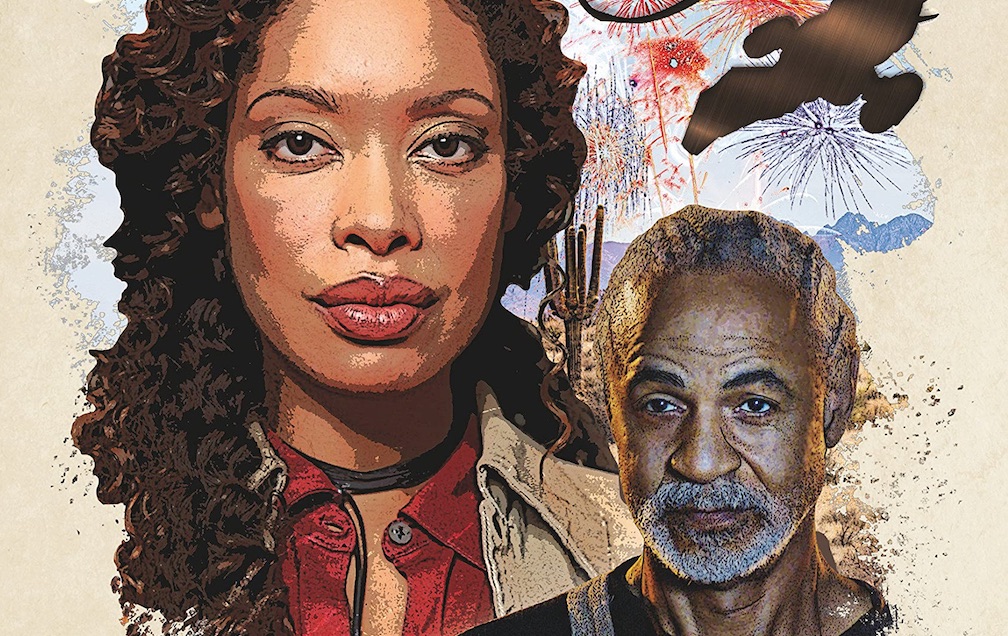 Even though any hope of resurrecting creator Joss Whedon’s “Firefly” for the small or big screen seems to be lost in a cloudy nebula of development hell, we still have the further adventures of Captain Mal and his valiant Browncoat crew in the form of many collectibles, spinoff comics, graphic novels, and tie-in canonical books.

To add to their stellar roster of “Firefly”-related titles, London-based Titan Publishing has just released (Jan. 11 in the UK) the sixth and latest in their collection of original novels set in the ‘Verse with “Firefly: Carnival.”

Written by Una McCormack and overseen by Whedon himself, “Firefly: Carnival” unspools in the decadent desert city of Neapolis on the planet Bethel. Seriously sinful, Neapolis is where a variety of vices can be satisfied within its addictive nest of plush hotels, first-class casinos, houses of ill-repute, and private clubs where dark deeds are conducted both slightly-legal and highly-illegal.

Captain Mal Reynolds and crew arrive in the Serenity for a profitable gig doing guard duty just as the rowdy three-day carnival is about to kick off, with its no-holds-barred barrage of partying and excess. This particular security detail involves a valuable shipment and the target is one that’s highly coveted by nefarious characters lurking in the shadows..

When this priceless item is snatched as carnival is raging, its rich owners kidnap Zoë and Book for insurance and keep them as ransom for the equivalent value of the stolen shipment. Mal must round up the requested money equaling five hundred platinum in 24 hours or they’ll both be dead.

While the revelry of the festivities continues, the Serenity gang goes into panic mode trying to generate a ransom-acquiring plan by phoning in favors, digging up old connections, relying on skills they never knew they had to rescue Zoë and Book before they’re killed.

“Is it a heist?,” McCormack tells Space.com. “Is it a casino story? Is it a race against time to find ransom money? “Firefly: Carnival” has a little of everything and – I hope – also has the action and quips that people expect from the crew of Serenity!”