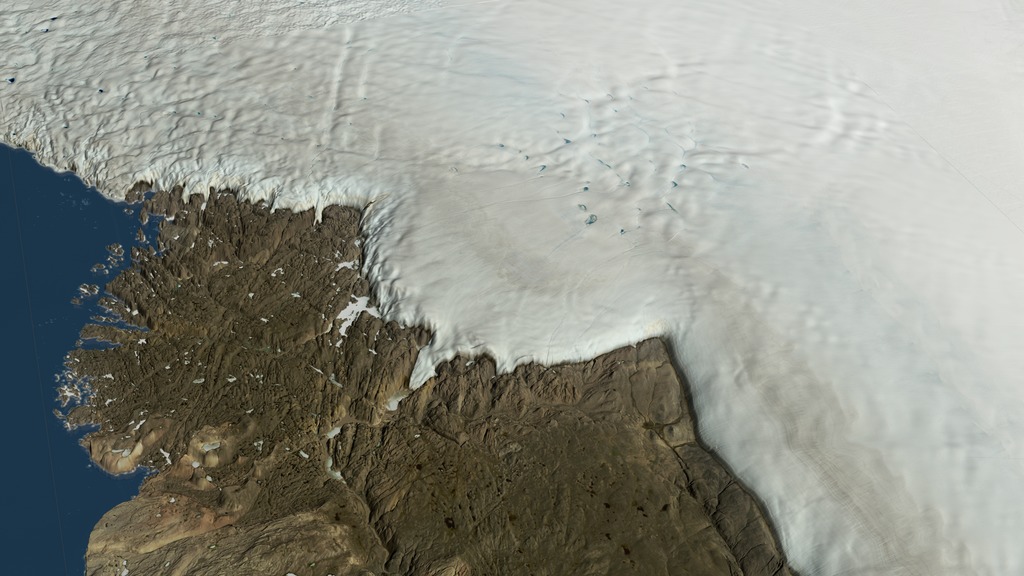 Hidden under Greenland’s thick ice sheet, scientists found what they thought was the scar of an asteroid impact perhaps just thousands of years old, fresh enough that humans were already on the scene.

But after several years of additional research, two separate teams of scientists have determined its age to be far older: 58 million years. Researchers from the University of Copenhagen’s GLOBE Institute discovered the structure, which they suspected to be a massive 20-mile-wide (31 kilometers) impact crater, in 2015 beneath Greenland’s thick Hiawatha ice sheet.

In the new research, scientists at the Natural History Museum of Denmark and the GLOBE Institute at the University of Copenhagen in the same country sampled sand from the Hiawatha crater and heated it, using the argon gas released from the grains to date the impact event. Simultaneously, researchers from the Swedish Museum of Natural History independently sampled rocks from the crater and dated them using the uranium fingerprint of the mineral zircon, according to a statement from the University of Copenhagen. Both teams settled on the 58-million-year-age.

“Dating the crater has been a particularly tough nut to crack, so it’s very satisfying that two laboratories in Denmark and Sweden, using different dating methods, arrived at the same conclusion. As such, I’m convinced that we’ve determined the crater’s actual age, which is much older than many people once thought,” Michael Storey, a scientist at the Natural History Museum of Denmark, said in a statement.

At the time the researchers have pinpointed, Greenland was not covered in an ice sheet, but rather was home to a temperate rainforest. When the asteroid that created the crater impacted Earth, it did so with a force estimated to be several million times stronger than that of an atomic bomb. While that impact certainly would have annihilated a large part of Greenland, scientists are not sure of the impact’s effect on global climate.

The scientists plan to continue to study the Hiawatha crater in hopes of understanding its affect, on both a local and a global scale.

A paper describing the research dating the Hiawatha impact crater was published Wednesday (March 9) in the journal Science Advances.