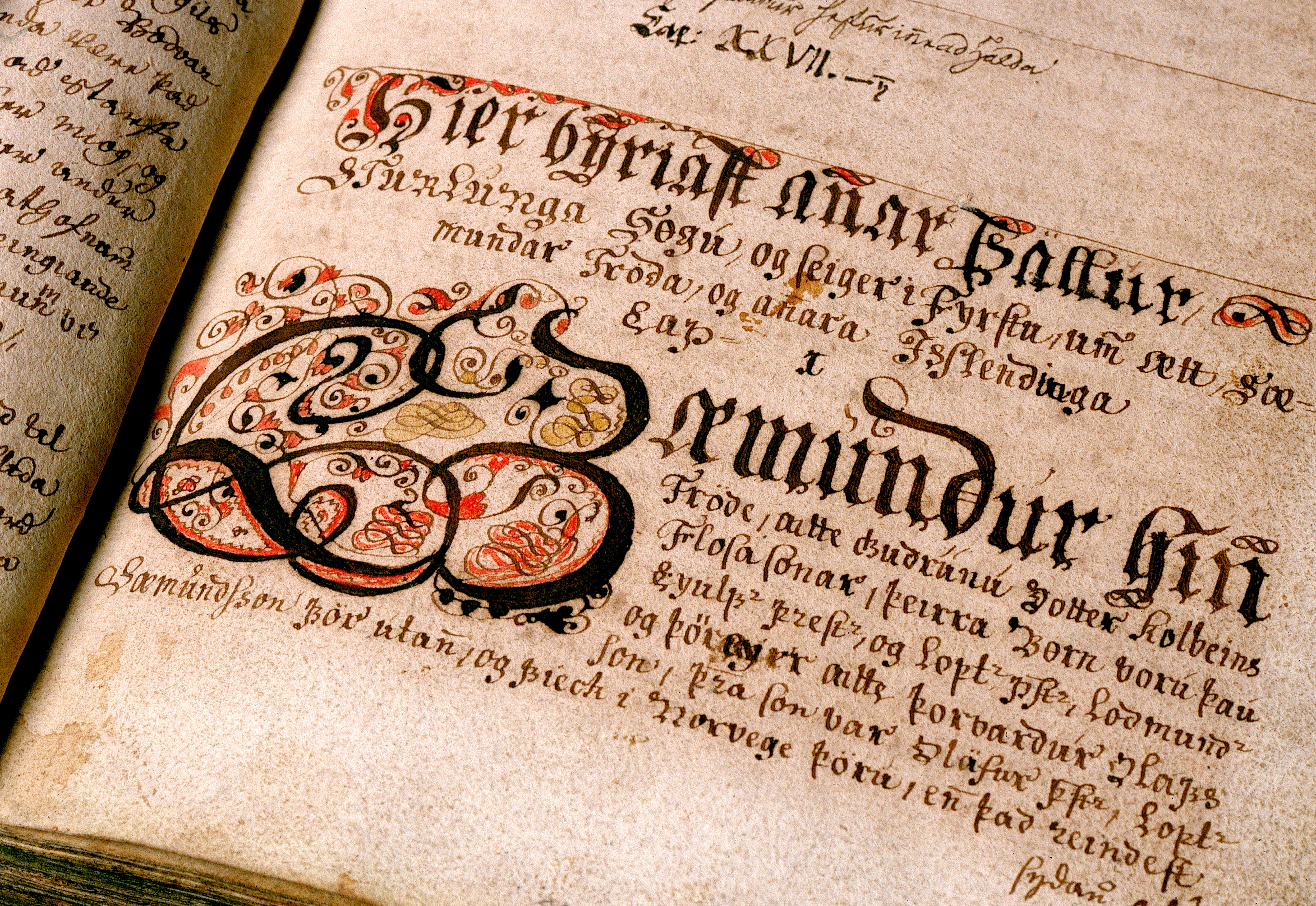 How is a lost tale of chivalry from medieval Europe like an unknown species of animal? According to a new study, the number of both items can be tallied using exactly the same mathematical model. The findings align with existing estimates of lost literature—and suggest that ecological models can be applied to a surprising variety of social science fields.

Experts know that much fiction from the medieval era (roughly from the beginning of the fifth century A.D. to the end of the 14th century), such as chivalric romances about King Arthur’s court, has disappeared over time. But quantifying that loss is difficult. “One thing we don’t know is … the portion of literature that didn’t survive,” says the new study’s co-author Mike Kestemont, an associate professor in the department of literature at the University of Antwerp in Belgium. Learning about what was lost can teach scholars more about the medieval period, and there are also present-day reasons to value this work, adds co-author Daniel Sawyer, a research fellow in medieval English literature at the University of Oxford. “Thinking about how cultural heritage survives seems like a useful thing to do, because right now—among many other things—that’s one of the important things threatened by things like climate change,” Sawyer says. “In the longer run, we as a species probably need to be thinking about ‘How do we preserve and record what we have?’ And knowing more about what kind of patterns of distribution can help survival of these things is not irrelevant to that.”

Kestemont says he was discussing the issue of literature loss with Folgert Karsdorp, a senior researcher at the Meertens Institute of the Royal Netherlands Academy of Arts and Sciences, when Karsdorp compared this question to the challenge of tracking living species. As ecologists survey a place’s flora and fauna, they inevitably miss some individuals. But thanks to statistical models, they can use the specimens they do observe to estimate the diversity and size of unseen populations. And it turns out that the same models can be applied to very different unknowns.

“Just looking at the methods, they’re not really specific for ecology,” Karsdorp says. “You could easily apply them to other domains; they’re very general or abstract models.” The researchers decided to try applying an ecological model—originally developed by Anne Chao, an environmental statistician at Taiwan’s National Tsing Hua University—to medieval studies. Kestemont and Karsdorp worked with Chao and a group of historians of medieval Europe on a paper about the project, published last month in Science.

The researchers had access to 3,648 medieval documents. According to the ecological model, these represented just 9 percent of an original set that would have contained more than 40,000 manuscripts. But this describes the loss of physical documents, not the stories preserved in them. These stories, called “works,” are not considered truly lost until all existing copies of them have been destroyed. To continue the ecology comparison, a document is like a specific animal, while a work is like a species—and a species is not considered extinct until all its living representatives die. When the researchers applied the model to works, they found that a much more reassuring 68 percent of medieval literature has likely survived to the present day. Historians already knew that many stories had been lost, thanks to mentions of them in surviving documents or catalogs. The new study matches earlier estimates of how much literature had survived, but it also expands on existing knowledge, says co-author Katarzyna Kapitan, a junior research fellow studying Old Norse Icelandic literature at the University of Oxford. “What is interesting about our study is that it’s quantifying a bigger amount of data that allows us to compare data from different regions,” she says, “and, by that, contribute to existing scholarship.”

One of the things the researchers learned from comparing various European regions based on their respective languages (the study encompassed medieval documents in Dutch, English, French, German, Icelandic and Irish) was that medieval literature survival rates differed significantly among them. For English, fewer than 40 percent of works were preserved. Dutch and French stories did only slightly better, with around 50 percent of medieval works hanging on to the present day. In contrast, more than three quarters of German, Icelandic and Irish tales survived.

The researchers hypothesize that higher preservation rates could be caused by what they call “evenness profiles.” “This is a term we borrow from ecology, which basically means that the works over manuscripts are more evenly distributed,” Kapitan says. In ecology, a more even distribution means each species in a community contains roughly the same number of individual animals. (The concept is used to assess species that share a habitat or relative taxonomic similarity, so it might be used to compare, say, populations of deer and wolves but not deer and ants.) Such a distribution can prevent a single species from dominating an ecosystem with many representatives and driving its neighbors to extinction. In literature, an even profile suggests that each work (comparable to a species) is described in the same number of documents (comparable to individual specimens). “You don’t have best sellers that dominate the tradition with hundreds of copies. You have … a couple of copies for each ‘species’ in our data set,” Kapitan explains. If only a small number of popular stories were copied again and again in multiple documents, then the other tales in circulation received less attention and disappeared from the historical record. But when each story had only a few copies, all the works were more likely to survive.

The evenness of distribution of a region’s literature is influenced by many factors—including geography. The researchers point out the fact that two of the better-preserved linguistic traditions occurred on relatively isolated islands: Ireland and Iceland. (Technically, English was also spoken on an island. But the researchers do not consider this an “island culture” because medieval Great Britain had relatively strong ties to the European continent, among other details that complicate its island status.) “This is something that is very interesting for our study because it seems like island ecosystems (jumping to biology) … are better in preserving their biological biodiversity, right?” Kapitan points out. “It’s an interesting hypothesis to entertain whether the same patterns could facilitate better survival of cultural heritage in those island societies.”

“It’s a very interesting idea,” says Carrie Manore, a researcher in mathematical modeling at Los Alamos National Laboratory, who was not involved in the new study. She notes that many islands do preserve greater biodiversity, compared with mainland ecosystems, where a few adaptable species, such as coyotes and cockroaches, can dominate a niche. “I think there are some metaphors to be drawn there,” Manore says. But “probably there’s more work to be done seeing how far those metaphors can go in the context of crossing over between ecology and this idea.” For instance, mainland Germany also succeeded in preserving most of its medieval literature, which suggests that the island hypothesis can only go so far.

Still, this concept could create new areas for the researchers to explore—such as investigating more precisely why the lost literature disappeared. Accidents such as library fires account for some disappearances. Recycling also played a part: much medieval writing was preserved on parchment, a durable material made from animal skins, which people in later historical periods recycled to make boxes, strengthen book spines and even lend stiffness to a bishop’s miter. (In one case from early modern Europe, Kestemont recounts, a Parisian butcher used parchment sheets from old books to wrap meat for his clients.) But this does not explain, for instance, why Germany preserved so many more works than France. “Just coming up with predictors, that’s already really hard,” Karsdorp says. Even more challenging, he adds, is to “try to tear them apart and really see which is causing what.” Other areas for exploration include comparing surviving literature by genre, quantifying whether illustrations made people more inclined to preserve a story and examining how access to printing presses might have affected survival rates.

The new study also demonstrates that ecological models can successfully be applied to other fields. Kestemont and Folgert suggest some examples in paleontology and archaeology: the number of known fossils, coins and pottery could be used to estimate how many animal remains and artifacts remain undiscovered—or even to point people toward new areas in which to hunt for these pieces of history. Folgert also thinks that similar models could be used for modern applications, such as estimating how many bugs lurk in software code. “I often get the question ‘How can you take these models for animals and apply them to medieval literature?’” Kestemont says. “The question is more ‘What can you not apply [them] to?’”