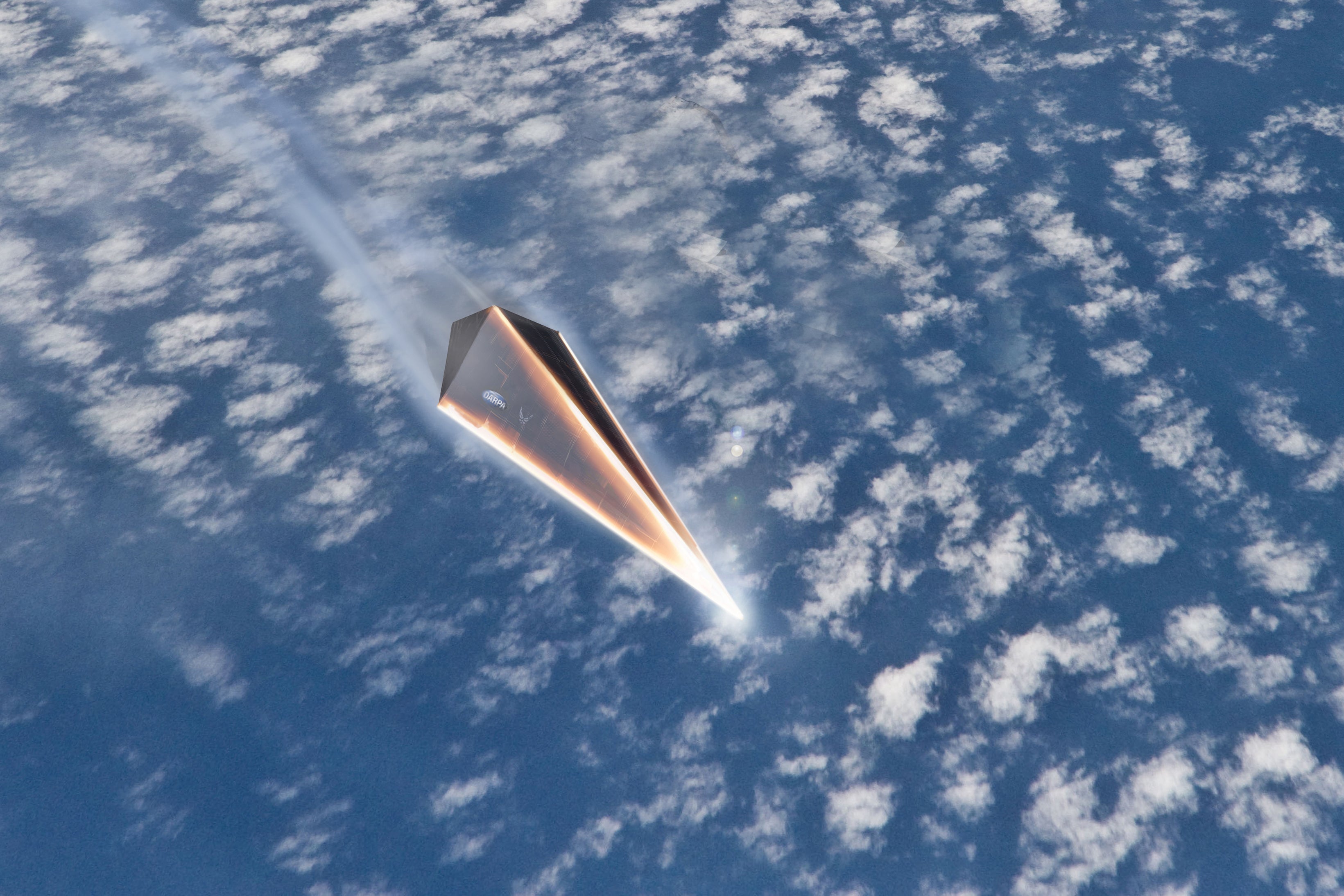 China’s test flight of a long-range hypersonic glide vehicle late last year was described in the media as close to a “Sputnik moment” in the race to develop new ultrafast maneuvering weapons. But even as senior U.S. military officials publicly fretted about missiles that are, for the moment at least, effectively invincible, the Pentagon was quietly making strides on an entirely novel way to help shoot down these weapons.

Late last December the U.S. Department of Defense’s Missile Defense Agency (MDA) gave the green light to a pair of contractors—L3Harris Technologies and Northrop Grumman—to pivot from design to prototype fabrication of a Hypersonic and Ballistic Tracking Space Sensor (HBTSS) system. This technology is intended to solve one of the Pentagon’s most vexing technical challenges: how to detect and track the hypersonic glide vehicles that exploit blind spots in today’s radar networks.

Both Russia and China have fielded hypersonic glide vehicles, in 2019 and 2020 respectively, but the U.S. is not expected to deploy a comparable offensive weapon until 2023. In contrast to ballistic missile payload trajectories, hypersonic glide vehicles can maneuver on the way to a target. This makes it extremely difficult to track them. These weapons start their journey when a large rocket boosts them to an altitude near the edge of space and releases them. Then the glide vehicles divert to a flatter trajectory—either exiting the atmosphere or staying just within it—and sail on unpowered. They use aerodynamic lift to skip across the atmosphere to their targets at hypersonic speeds. This near-space trajectory and the ability to shift course let hypersonic glide vehicles evade the combination of space and terrestrial sensors used to track ballistic missiles. The Pentagon can detect the launch—but the hypersonic glide vehicle then slips out of view until late in the weapon’s flight because of ground radar’s line-of-sight limitations. As a result, defensive systems have little, if any, time left to halt an incoming weapon.

HBTSS is intended to solve this problem by continuously tracking long-range missiles from launch to impact. It will also have the ability to hand off critical information to ships, aircraft and ground forces, enabling them to fire their own missiles at incoming threats. The detection system relies on a new network of orbiting sensors, a critical part of a dense and multilayered constellation of satellites the Pentagon has already begun placing in low-earth orbit. Experimental and prototype payloads were sent into orbit last June, and initial operational payloads are slated for launch in 2022 and 2023. These sensors detect heat signatures to identify missile launches and will give the U.S. military the ability to track targets, described as cradle-to-grave target custody.

Some of the pivotal components of HBTSS are “signal to clutter” algorithms designed to distinguish a fast-moving threat from the warm and irregular surface of Earth. This is a much more difficult task than that of ground radar, which tracks missiles as they move across the cold and featureless background of the sky. “Just imagine a light bulb moving across a background of light bulbs, and you have to pick out that light bulb,” says Paul Wloszek, director of missile defense at L3Harris Space & Airborne Systems. “You have to know where it’s at—and how fast it’s going—to be able to shoot it down.”

To address this problem, in October 2019 the Pentagon separately tapped L3Harris and Northrop Grumman (and two other companies subsequently bumped from the competition) to develop tracking algorithms sensitive enough to distinguish the signal from the noise. In late 2020 L3Harris and Northrop Grumman paired their respective algorithms with compact, powerful computer processors small enough to be incorporated into space vehicles. Both companies performed a successful “signal chain demonstration,” which proved their systems’ ability to detect and track dim targets against a cluttered background. The signal chain demonstration verified the sensitivity necessary to support the so-called hypersonic kill chain—the discrete actions required in sequence between identifying and striking a target.

Other space-based assets already provide the U.S. with overhead infrared sensing. But the key characteristic that sets HBTSS apart is a requirement to generate what the Pentagon calls “fire control quality” tracking data. This is very precise information that can be used by terrestrial command-and-control systems to steer guided-missile interceptors against hypersonic threats.

“Being able to see down from space, warm tracks going over a warm Earth—that is really tough science,” said MDA director Vice Admiral Jon Hill at a hearing of the Senate Committee on Armed Service’s Subcommittee on Strategic Forces late last spring. “But we’ve got that licked. We’ve shown that we can do that on the ground. That sort of capability gives us global coverage.”

On December 27 President Joe Biden signed the National Defense Authorization Act for Fiscal Year 2022, which includes $256 million for HBTSS. The funding will support continued development of the tracking algorithms, as well as beginning the assembly of infrared sensors bound for launch in 2023. Both L3Harris and Northrop Grumman are set to deliver two HBTSS prototypes each, including software and hardware. Congress, however, is currently at an impasse over fiscal year 2022 appropriations. If the government cannot reach an agreement, HBTSS could be limited to 2021 spending levels for the project: $130 million, a sum that would likely imperil the project’s schedule. In that case, the Pentagon could stitch together existing systems to deliver something HBTSS-like, says hypersonics expert David Wright, a research affiliate at the Massachusetts Institute of Technology’s Laboratory for Nuclear Security and Policy.

“HBTSS would be nice to have, but it’s not clear to me that it gives you unique capabilities,” Wright says. He explains that the capabilities promised by HBTSS could also be achieved without a new space-based program by relying on ground sensors placed in the correct locations. This might involve carefully positioning ships equipped with powerful radar in order to expand defensive zones. “I think it’s a system I can imagine the military wanting because they’d like to be able to track these systems continually—and it could do that tracking outside of the [ground] radar range—but I’m not convinced that that’s necessary,” Wright adds.

Victoria Samson, a military space expert at the Secure World Foundation, agrees there is a need to track advanced threats across their entire flight path but notes that advocates of HBTSS may be underestimating the task of dealing with this high-profile challenge. “I think it’s a lot more complicated than the supporters would let on, and adding hypersonic to the [operations] requirement may be more a nod to its increased visibility among national security folks than anything else,” Samson says.

Along with sensors, the Pentagon is thinking anew about the guided missiles needed to defeat hypersonic glide vehicles. In late May 2021 the MDA revealed it had certified the currently deployed Standard Missile-6 as a last line of defense for aircraft carrier strike groups to use against hypersonic glide vehicles. And in November 2021 MDA tapped three companies to advance designs for a new weapon, called a Glide Phase Interceptor, intended to counter hypersonic threats. This sets up a three-way contest between Lockheed Martin, Raytheon and Northrop Grumman to field a new weapon within the decade.